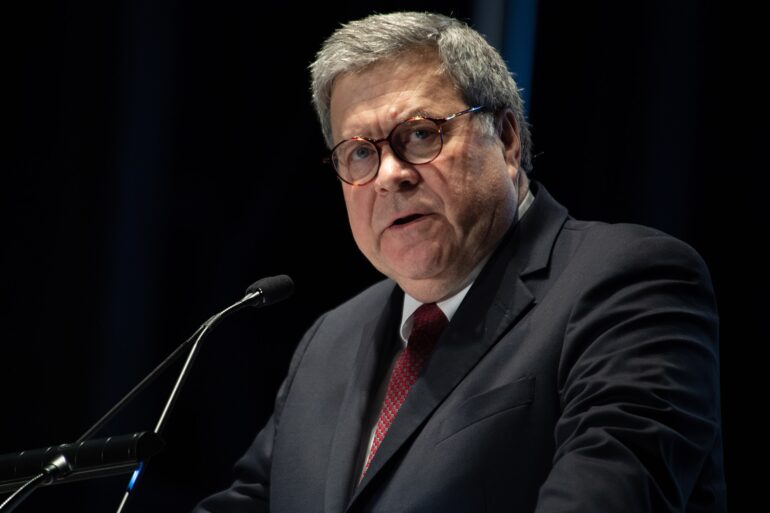 Former Attorney General William Barr called for a new Republican Party leader on Monday, warning that former President Trump “will burn the whole house down” if he doesn’t get what he wants in a brutal op-ed in the New York Post.

Barr’s remarks come ahead of the 2022 midterm elections, in which Republicans were projected to ride a “red wave” in the House, seizing power by a large percentage.

Prior to the midterm elections, certain surveys indicated that Republicans had a decent chance of taking the Senate. A massive underperformance Barr blamed entirely on Trump himself:

“The GOP’s poor performance in the recent midterms was due largely to Trump’s mischief. He fueled internal fights within state parties,” Barr said “He attacked popular Republican governors in Maryland, New Hampshire and Arizona to dissuade them from running for Senate seats they could have won. He supported weak candidates for key Senate and House seats based solely on their agreeing with his “stolen election” claims. And after foisting these candidates on the GOP, he failed to provide them adequate financial support…” he continued.

Since leaving Trump’s administration in December 2020, Barr has become a frequent critic of his former boss.

Barr publicly resigned as Attorney General after publicly disagreeing with Trump’s claims of widespread electoral fraud in the 2020 election.

Barr has also distanced himself from Trump and the rest of the Republican Party over the Mar-a-Lago document issue, in which Trump is accused of illegally keeping classified documents with him after his presidency was over.

The former attorney general has voiced his skepticism of Trump’s assertions that he had declassified the materials before hand.

Trump concluded his scathing op-ed’s criticism of Trump by blasting his former boss’s alleged egotism, which he believes may cause him to sabotage his own party going forward:

“Trump’s willingness to destroy the party if he does not get his way is not based on principle, but on his own supreme narcissism. His egoism makes him unable to think of a political party as anything but an extension of himself — a cult of personality.” Barr said.