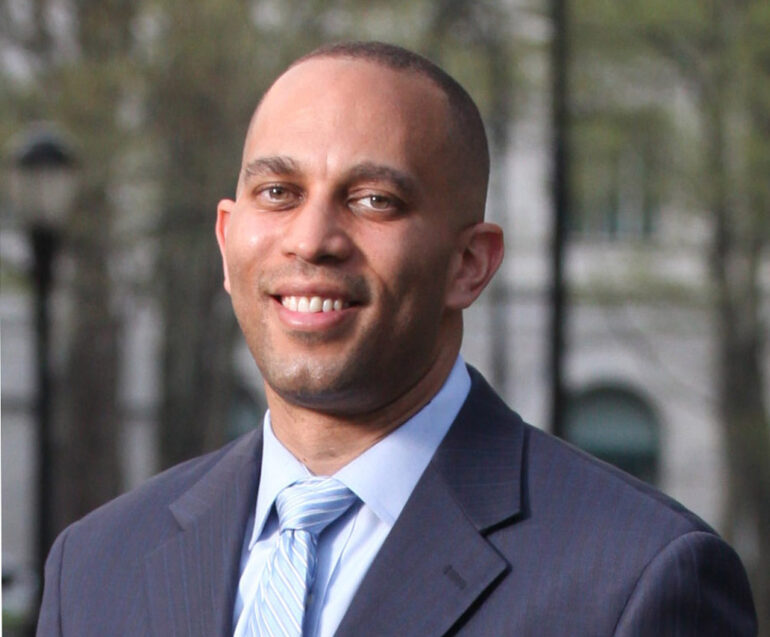 Rep. Hakeem Jeffries (D-N.Y.) has now formally declared his decision to try and succeed House Speaker Nancy Pelosi (D-Calif.) as the official leader of the Democratic Party in the House next year on Friday, just one day after the longstanding leader revealed her intention to step down from any and all leadership roles once the next Congress.

If Jeffries is successful, he will be the first African-American leader of any party, in either house, in the history of Congress.

To kick off his campaign, Jeffries issued a four-page letter to colleagues on Friday detailing his aims and intentions for the caucus as it enters a new Congress as the minority party.

Jeffries is one of several rising Democratic leaders who had been eyeing a chance to rise up the ranks whenever the occasion arose.

The route seemed open for them to do so, with Pelosi stepping down on Thursday and her two deputies likely to follow closely behind her.

In addition to Jeffries, Rep. Katherine Clark (D-Mass. ), the fourth-ranking House Democrat, announced her candidacy for No. 2 whip in the next Congress on Friday. Rep. Pete Aguilar (Calif.), the caucus’ sixth-ranking vice chair, is trying to succeed Jeffries as chairman.

Meanwhile, it appears that the longserving Democrat James Clybun (D-SC) will be attempting to stay in his position as assistant leader, even after Pelosi’s announcement.

“I am thankful for the invaluable opportunity I have had to learn from legendary figures like our iconic Speaker Nancy Pelosi, our resolute Leader Steny Hoyer and our historic Majority Whip James E. Clyburn, who has mentored and nurtured my leadership development the moment I arrived in Congress,” Jeffries said in a statement.

If elected to leadership, Jeffries would be in the best position possible to become Speaker of the House if Democrats were to reclaim the House in 2024, succeeding Pelosi, one of the most dominate and powerful House Speakers in recent memories.