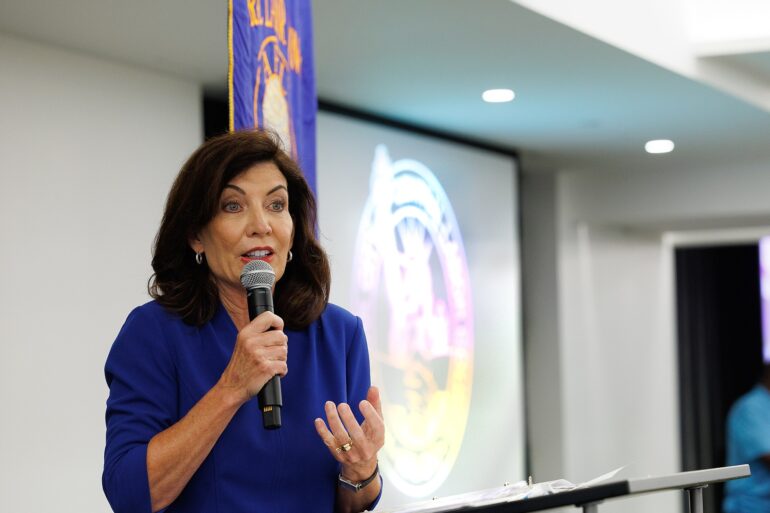 Despite her vaccination requirement being invalidated in court and a severe healthcare worker shortage, Gov. Kathy Hochul (D-NY) reportedly announced Monday that she will not allow the employment of health care employees who have refused to receive the COVID vaccine.

Former Gov. Andrew Cuomo originally enacted the mandate in 2021, and Hochul endorsed it when she became governor.

Hochul stated that she is considering legal action to fight the ruling that invalidated the rule and emphasized the need for more vaccinated healthcare professionals.

The Democrat also admitted that the scarcity is an issue, but said that the solution is not to employ unvaccinated workers who have been fired.

"I don’t think the answer is to have someone who comes in who is sick be exposed to someone who can give them COVID-19."pic.twitter.com/qy6UICxGd4

“I think everybody who goes into a healthcare facility or nursing home should have the assurance, and their family members should know, that we have taken all steps to protect the public health and that includes making sure that those who come in contact with them at their time of most vulnerability, when they are sick or elderly, will not pass on the virus,” Hochul said.

Hochul also seemed to imply that the vaccine prevented transmission of coronavirus when, in reality, science has shown it does not effect the ability of an individual who has the virus to transmit it.