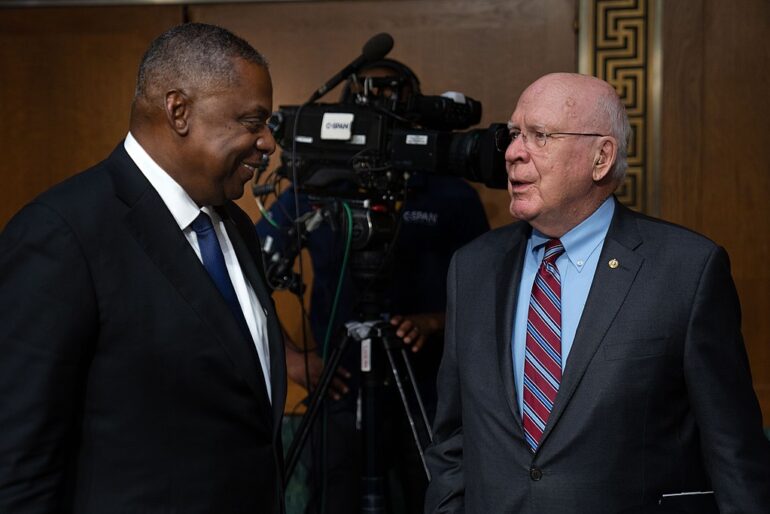 Democrat Senator Patrick Leahy (D-V.), who is 82, has announced he will have surgery for a broken hip, The Wall Street Journal reports.

Leahy injured himself in a fall at his home in McLean, Virginia and is expected to make a full recovery.

His office stated, “Having been born blind in one eye, the senator has had a lifelong struggle with reduced depth perception… He has taken some remarkable dingers over the years but this one finally caught up with him.”

Leahy is the longest serving Democrat senator and has served in the Senate since 1974.

He has announced he will not seek re-election and he is currently 3rd in line for the presidency.