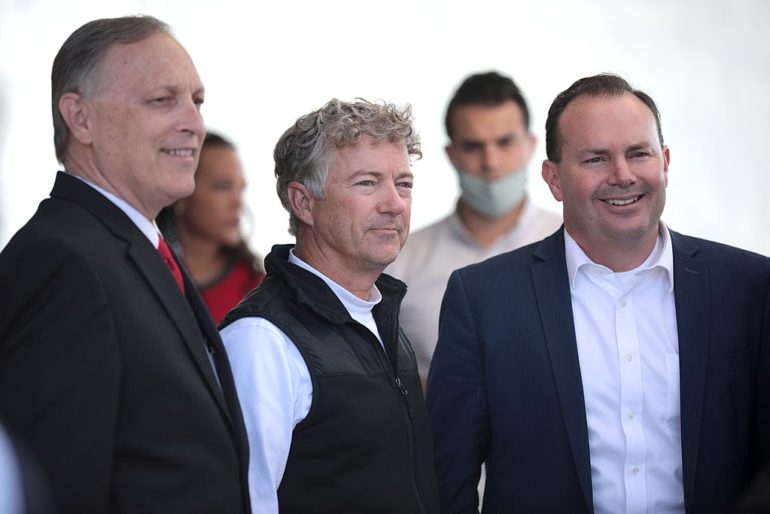 Ukraine aid is going to have to wait.

Senator Rand Paul was the lone senator to stand by his virtues and block expedited passage of the aid passage through the senate.

The Wall Street Journal reports that Paul objected when Senate Majority Leader Chuck Schumer (D.-N.Y.) asked for a unanimous vote of all 100 senators to bring the bill to a vote immediately.

The bill is expected to pass with overwhelming support in the senate. It already passed the House 368 to 57 with all of the no’s coming from Republicans.

“You shouldn’t shove all $40 billion out the door without any oversight. And having a special inspector general, we did it in Afghanistan—it didn’t stop all the waste—it at least makes the thieves think twice about stealing the money.”

Mr. Schumer offered to hold a vote on Mr. Paul’s amendment at a 60-vote threshold, but Mr. Paul said he wanted the language inserted into the bill, without a vote.

“My oath of office is to the U.S. Constitution, not any foreign nation…We cannot save Ukraine by dooming the U.S. economy,” Mr. Paul said. He also raised concerns about the further deficit spending needed to fund the package.

“It isn’t that we always have to be the Uncle Sam, the policeman that saves the world, particularly when it’s on borrowed money,” Mr. Paul said.

The change Rand Paul wants is opposed by members of both parties according to Schumer.

Senate Minority Leader Mitch McConnell (R.-Ky.) stated, “Sending lethal assistance to Ukraine is not just some kind of philanthropy,” he said. “This conflict has direct and major consequences for America’s national security and America’s national interest.”