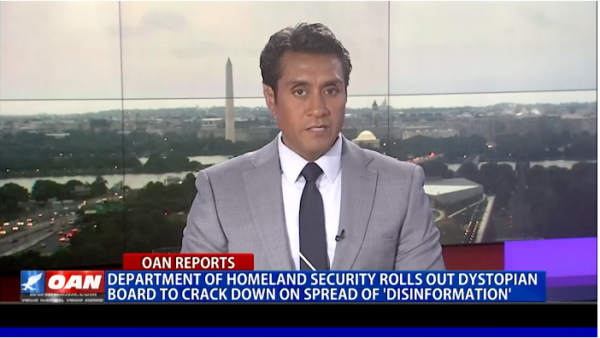 Republican-leaning news network OAN (One America News Network) has settled a lawsuit related to defamation stemming from the 2020 presidential election.

Yahoo News reports that OAN admitted that there was “no widespread voter fraud” after settling the lawsuit with two Georgia election workers.

The right-wing cable network One America News Network on Monday ran a pre-recorded 30-second segment acknowledging that there was “no widespread voter fraud” by Georgia election workers in the 2020 presidential election. The segment appears to be part of a recent settlement relating to a defamation lawsuit brought against the network by two such workers.

The segment notes that an investigation by state officials into unsubstantiated claims of widespread voter fraud made by ex-President Donald Trump and Rudy Giuliani turned up nothing. “The results of this investigation indicate that Ruby Freeman and Wandrea ‘Shaye’ Moss did not engage in ballot fraud or criminal misconduct,” a narrator states.

“A legal matter with this network and the two election workers has been resolved to the mutual satisfaction of the parties through a fair and reasonable settlement,” the voiceover adds.

Freeman and her daughter, Moss, say they were harassed online and in person after baseless rumors began circulating online, due in part to content published by the conspiracy website The Gateway Pundit, which the pair also sued.

The video of the two individuals was also pushed by former Trump attorney Rudy Giuliani and Trump confidant and Fox News superstar Sean Hannity who claimed it was proof of fraud.