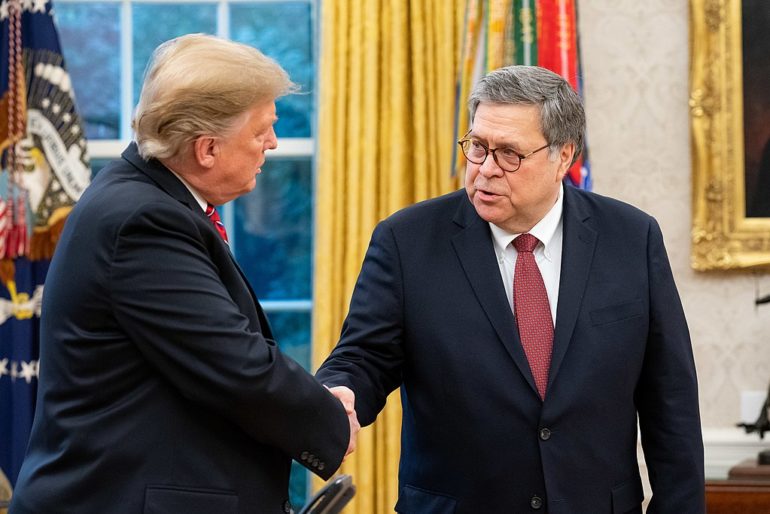 Former Attorney General Bill Barr recently sat down with NBC’s Lester Holt to discuss his finals days in office dealing with a president convinced of a widespread conspiracy to steal the election.

Barr said he detailed the facts to the president, rebutted his concerns, and called it bullshi**.

Barr offered his resignation and Trump immediately accepted and told him to go home.

In an exclusive interview with Lester Holt, former Attorney General Bill Barr describes the moment former President Trump accepted his resignation after Barr refused to say there were irregularities during the 2020 election.

The Senate is poised to vote to save the post office.

Per the Wall Street Journal:

WASHINGTON—Less than two years ago, the U.S. Postal Service was embroiled in a political battle between then-President Donald Trump, who called the agency a joke and whose administration had proposed privatizing it, and Democrats who accused him and the postmaster general of trying to sabotage mail-in voting during the 2020 election.

Now, legislation aimed at helping the service become more financially viable has passed the House by an overwhelming majority and is on the verge of clearing the Senate as soon as Thursday. The reversal of fortune would represent another bipartisan breakthrough after last year’s roughly $1 trillion infrastructure law.

The bill, which the White House and postal unions support, would eliminate a requirement that the Postal Service prefund retiree health benefits, saving what the Postal Service projects is $27 billion over 10 years. The bill would also require postal workers to enroll in Medicare when they reach 65 years old—something that Congress said about a quarter of the agency’s workers don’t do. That change would save the Postal Service about $22.6 billion over a 10-year period, the agency estimates. It also would make permanent six-day-a-week delivery, a policy that Congress has put into annual appropriations bills as a bulwark against a conservative drive to force service cuts.