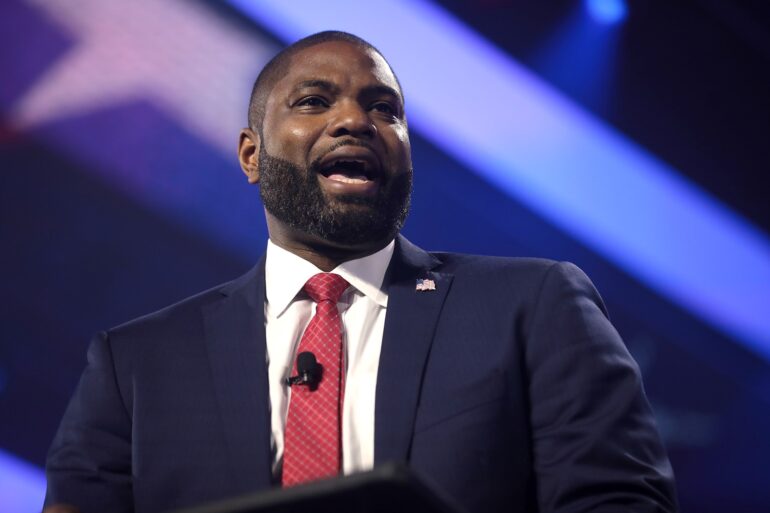 Byron Donalds Fights Back After Being Interrupted by Joy Ann Reid

Florida Republican Rep. Byron Donalds and MSNBC’s Joy Reid reportedly got into a heated argument on the air Tuesday night after Reid repeatedly interrupted the congressman.

Donalds and Reid spoke on a variety of issues, including the speaker’s ethnicity, racism, and Republicans’ plans for oversight.

Reid started by talking about the expulsion of Democratic Reps. Adam Schiff, Eric Swalwell, and Ilhan Omar from the House Intelligence and Foreign Affairs Committees.

“No, I think them going back on committees is what should happen. Look, what we told Democrat leadership when they went down this pathway of removing members from committee is basically saying, you should not do that because if it’s good for the goose, it’s good for the gander. Let’s be very clear, Ilhan Omar has said things that are reprehensible,” Donalds said when asked if it was a ‘good look’ for the Republican party.

Reid then attempted to interrupt his answer but Donalds quickly shot back:

“Hold on, hold on, let me finish. She’s said terrible things about the Jewish community, so much so that resolutions had to go to the House floor about them, and they were watered down.” he said.

Joy Reid: "Can you name them?"

For the remainder of the episode, the two sparred on various subjects, including Donald’s credentials for the post of speaker, prompting the two to spar again as Donalds and Reid talked over one another regarding social security.

Byron Donalds👉 Do you know that social security is going to be insolvent in 2035?

Joy Reid👉 That's not true. It's actually not true.