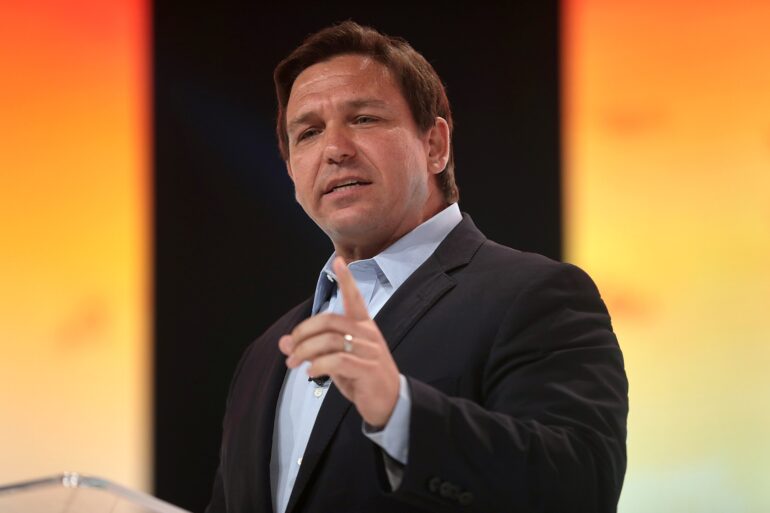 Florida Governor Ron DeSantis has now reportedly declared that the Chinese Communist Party will not be welcomed in the Sunshine State, promising on Tuesday to prevent operatives from purchasing property.

People with links to the CCP have been buying up land in the United States and other areas of the Western Hemisphere, according to DeSantis, raising fears that President Xi’s dictatorship is developing tendrils in other territories.

“When they have interests that are opposed to ours and you see how they’ve wielded their authority, especially with President Xi, who’s taken a much more Marxist turn since he’s been ruling China, [it] is not in the best interests of Florida to have the Chinese Communist Party owning farmland, owning land close to military bases,” DeSantis declared.

He warned that Beijing is collaborating with globalists to destabilize the West, and that buying real estate is part of the agenda.

According to the American Enterprise Institute, China owns more than 1.2 million acres of US land.

Among such assets are about 700,000 acres of agriculture and around 500,000 acres of commercial and industrial property in states such as California, Iowa, Nebraska, and Oklahoma.

DeSantis stated during a visit to Bonita Springs, Florida, that he is opposed to China not just holding farming and area near military posts, but also to the CCP acquiring residences.

DeSantis, who served on the House Foreign Affairs Committee from 2013 to 2018, stated that Florida had taken further steps to limit CCP activity in his state.

The World Economic Forum and its policies are also unacceptable in Florida, according to DeSantis.

“Basically their vision is they run everything and everybody else is just like a serf, like a peasant. They say they’re going after energy, ESG, all these other things, and you see the Biden administration wants to nix gas stoves. Are you kidding me?” DeSantis remarked.

[READ MORE: Trump Calls For McConnell To Be Defeated In GOP Primary]