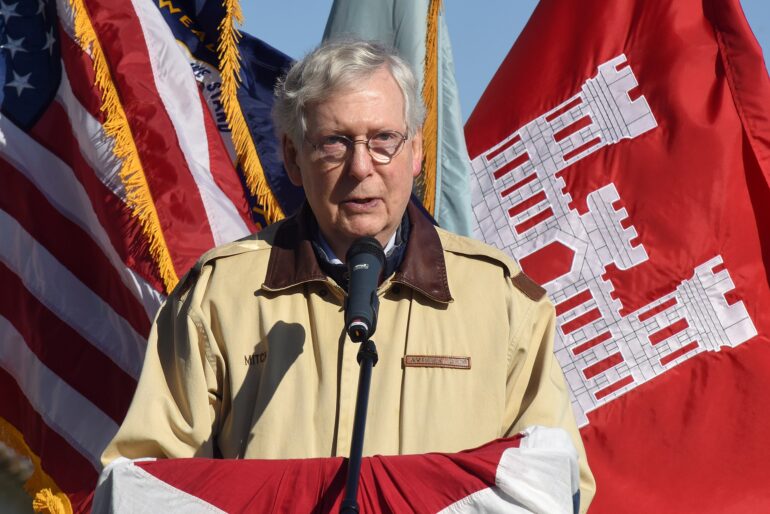 Trump Calls for McConnell to be Defeated in GOP Primary

Trump made the decision in his latest attack on McConnell and his wife, Elaine Chao, accusing McConnell of pandering to his Democratic colleagues.

Tensions between McConnell and Obama grew after the Senate minority leader refused to accept assertions that the 2020 presidential election was rigged.

Trump praised House Speaker Kevin McCarthy (R-Calif.) for winning a long, difficult Speakership vote in a post on his Truth Social platform before warning his supporters that Republicans needed to “stop” McConnell.

“Great job Kevin! We must now stop Mitch McConnell and his China flagrant boss, Coco Chow. It’s as though he just doesn’t care anymore, he pushes through anything the Democrats want. The $1.7 TRILLION quickly approved Bill of the week before was HORRIBLE. Zero for USA Border Security. If he waited just ten days, the now “United Republican Congress” could have made it MUCH BETTER, or KILLED IT. Something is wrong with McConnell, and those Republican Senators that Vote with him. PRIMARY THEM ALL!!!” Trump wrote.

The former president chastised McConnell for voting for the $1.7 trillion omnibus measure, which included $45 billion in aid to Ukraine and $2 million to rehabilitate a Planned Parenthood clinic.

McConnell was re-elected to his seventh term in Congress after defeating Democratic candidate Amy McGrath in Kentucky’s senate race in 2020. He would not seek reelection until 2026, and he has yet to declare his plans.