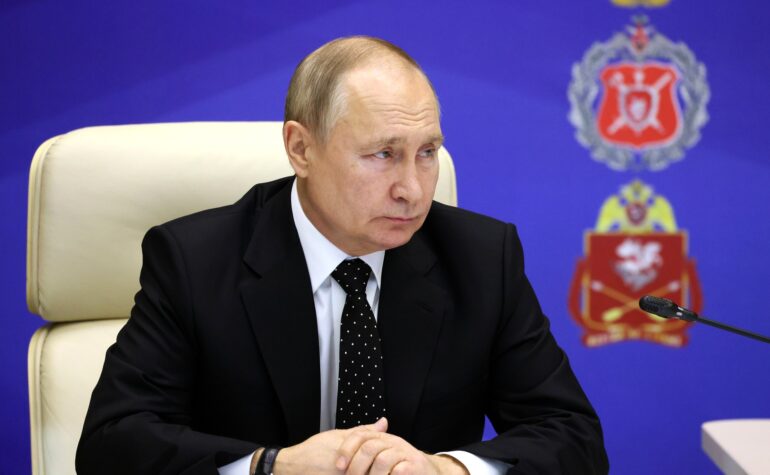 Putin Enacts Ban on Oil Exports to Western Countries Who Signed on to U.S. ‘Price Cap’

Russian President Vladimir Putin is reportedly now restricting the shipment of oil and petroleum products to the United States and its allies, who recently set a price ceiling on Russian oil.

According to the Kremlin’s executive decision, the ban will go into effect on February 1 and will last until July 1, 2023.

Russian oil may still be exported to those countries subject to the embargo provided Putin issues a special order authorizing it.

The Group of Seven (G-7) countries and the European Union (EU) put a price ceiling on Russian oil this month, which went into force.

The restriction forbids Russia from exporting oil at prices higher than $60 per barrel, a measure meant to penalize Moscow for invading Ukraine while also depleting Putin’s war reserve.

Nations that sell Russian oil beyond the price ceiling may lose access to crucial services for oil shipments across international waterways, including as insurance and trade finance, under the new restrictions.

The G-7 countries include the United States, Canada, France, Germany, Italy, Japan, and the United Kingdom, and their corporations dominate around 90% of the maritime insurance industry.

Russia, the world’s third-largest oil producer, has diverted much of its oil destined for Europe to China, India, and Turkey, providing those countries with substantial discounts on the energy supply.

In reaction to the G-7 and EU price caps, Russia stated that it can continue to fund its military effort.

[READ MORE: ‘Avatar’ Director James Cameron Claims He Cut Footage Of ‘Gunplay’ From New Movie Because Of Fears it Would Promote Firearms]