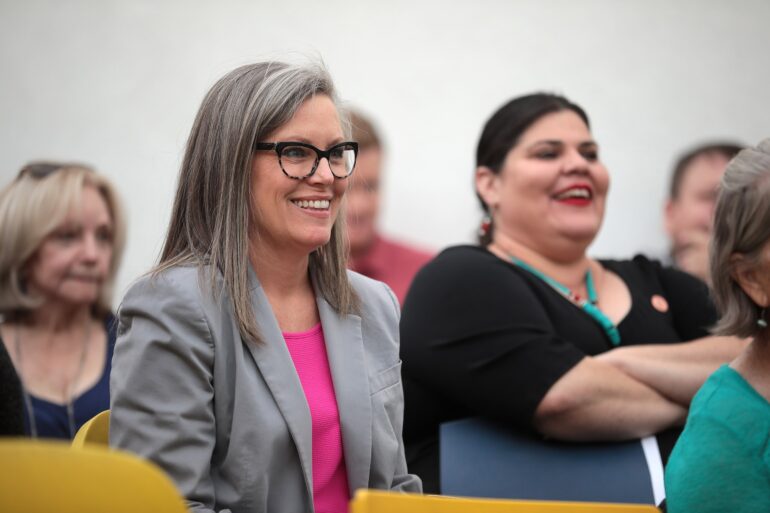 Elon Musk released internal corporate messages through writer Matt Taibbi late last week, which have since revealed that the firm had previously suppressed conservatives at the request of the Democrat Party.

The communications director for Hobbs’ Secretary of State office emailed the Center for Internet Security (CIS), a 501 nonprofit cybersecurity organization, on January 7, 2021, saying they “flagged” an unidentified Twitter profile for review with the subject line “Election Related Misinformation.”

An unnamed employee from the Cybersecurity and Infrastructure Security Agency, a division of the federal government’s Department of Homeland Security, was also reportedly included in the email in question.

Unreal! Katie Hobbs’s office contacts Twitter to have posts removed! So, the democrat candidate, who ran the AZ election, censored her political opponents, disrupted Election Day votes, and then threatened counties with prosecution if they didn’t declare her the winner. pic.twitter.com/TWIgHHPqkd

Hobbs beat Arizona Republican gubernatorial candidate Kari Lake in the 2022 midterm elections by less than one point, in what was a hotly contested and fought election.

Arizona authorities, including the state attorney general and chief justice, are now reportedly scheduled to recognize Hobbs as the Copper State’s 24th governor based on election results provided by the state’s local counties.

Lake, who has refused to concede to her opponent due to election fraud claims, branded the email releases a “conflict of interest, coercion, and corruption.”

She is apparently planning to sue Maricopa County, Arizona’s largest county, next week in an attempt to reverse her election defeat.