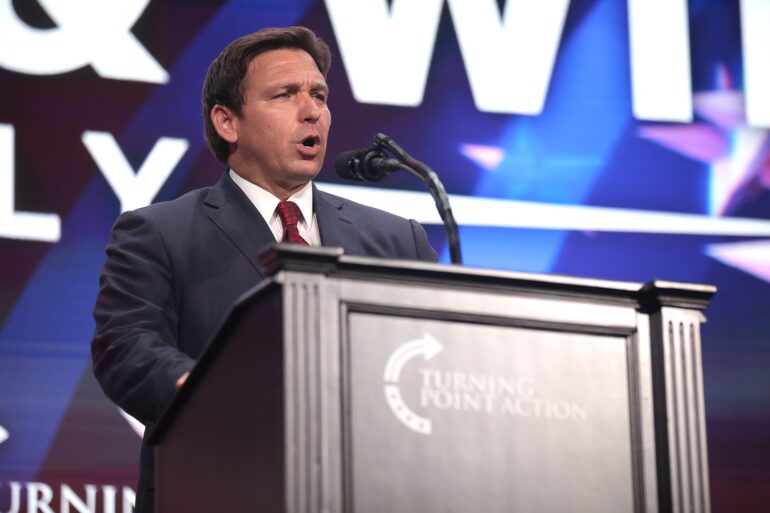 According to a brand new poll released Tuesday, Florida Governor Ron DeSantis is now more popular among people who voted for former President Donald Trump in the 2020 presidential election than Trump.

The study was done as part of the firm’s investigation of why Republicans underperformed in the 2022 midterm elections.

The poll revealed that Trump is still popular among Republicans, with 70% seeing him positively.

Nevertheless, the study highlighted that those figures are much lower than in the past, and that Republican voters no longer see him “as the party’s leader.”

In addition, the poll also found that the FBI’s raid on Mar-A-Lago energized Democrats more than Republicans, with 35% of  Democrats claiming the raid was ‘very important’ in influencing their vote compared to only 22% of Republicans.

The poll also found that voters across the board tended to blame the GOP’s poor showing in the midterm elections on Trump himself with sixty-four percent of all voters, including 60% of Republicans, 63% of Independents, and 65% of split-ticket voters claiming Donald Trump was a major reason for the  poor performance.

The poll, conducted by WPA Intelligence, a conservative business hired by senior Republican U.S. Senators and major conservative groups such as the Family Research Council, polled 1,160 registered voters nationally and has a margin of error of +/-2.9% at the 95% confidence level.