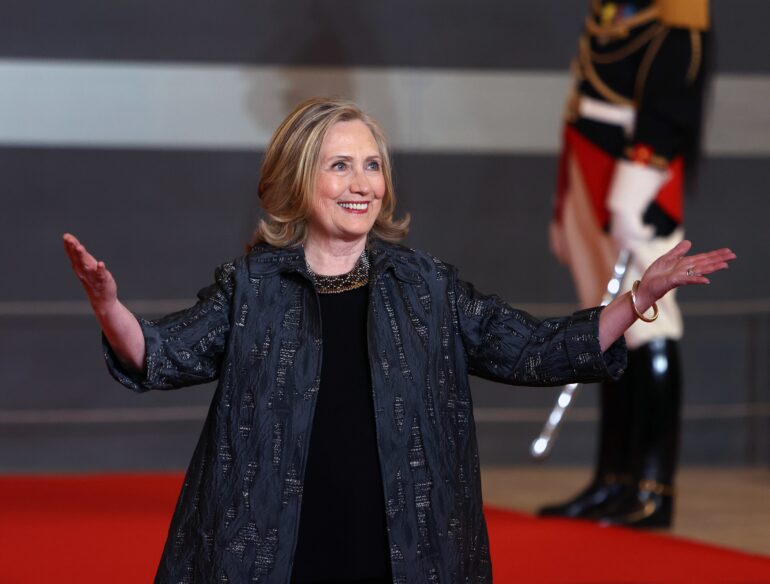 Because of the Supreme Court’s decision to overturn Roe v. Wade, Hillary Clinton claimed Friday that the United States is somehow the moral equivalent to Afghanistan and Sudan in terms of human rights.

“It’s so shocking to think that in any way we’re related to poor Afghanistan and Sudan. But as an advanced economy as we allegedly are, on this measure, we unfortunately are rightly put with them.” Clinton claimed.

“This struggle is between autocracy and democracy from our country to places we can’t even believe we’re being compared to,” she continued.

Clinton made the remarks Friday during the Women’s Voices Summit at the Clinton Presidential Center in Little Rock, Arkansas.

Sudan’s Islamist dictatorship prohibits abortion unless a woman has been raped or her life is in danger.

Afghanistan’s Islamist regime prohibits abortion unless the mother’s life is in danger.

States in the United States are free to enact their own abortion laws, and some have imposed strict limitations on abortion.

However many others allow abortion up to a set number of weeks of pregnancy.

Limits on abortion, according to Clinton, are somehow undemocratic.

Republicans have repeatedly pointed out that most European nations prohibit abortion after 15 weeks, which is identical to the limitations recently enacted by several conservative states.

They also pointed out that, under Roe, the United States, along with China and North Korea, was one of just a few nations that permitted late-term abortions.

Clinton also advocated for a more fair healthcare system for women during the meeting.

Serena Williams was highlighted by the former secretary of state as an example of how Black women are more likely to die during delivery.