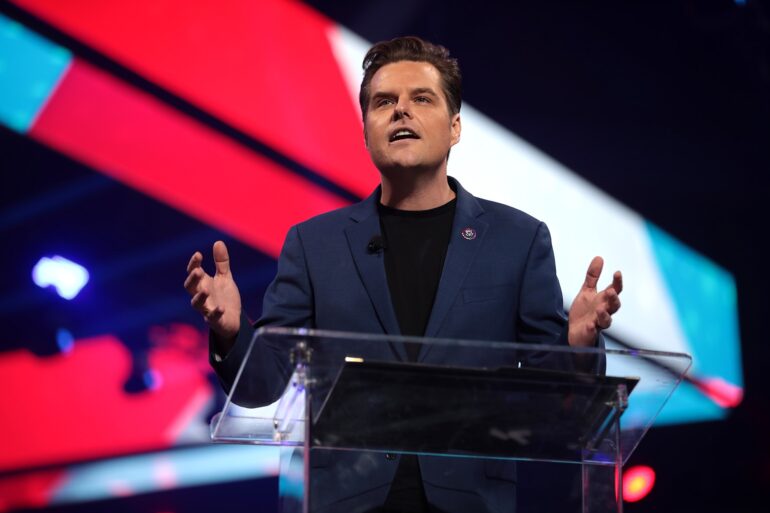 After the midterm elections disappointed Republicans expecting for a Red Wave that would result in big wins in Congress, many Republicans have now begun clamoring for new leadership, including Florida Representative Matt Gaetz, who has now stated that he will not vote for Kevin McCarthy for House leadership.

Matt Gaetz says Kevin McCarthy will not be Speaker and he will vote against him. pic.twitter.com/Pvraq1tazv

Republicans plan to vote on House leadership on Tuesday, followed by the Senate GOP on Wednesday.

McCarthy is running for Speaker of the House. If he is successful, he will need to win a floor vote with at least 218 votes before the next Congress convenes early next year.

According to NBC News, Republicans are expected to gain 219 House seats, with several contests still undecided almost a week after the midterm elections.

Gaetz had called several of his fellow Republicans to advocate against McCarthy. He supported Rep. Jim Jordan (R-OH) for the post during an interview on the Charlie Kirk Show.

In spite of Gaetz’s forceful denunciation and unofficial nomination of Jim Jordan, McCarthy has yet to face a formal challenger.