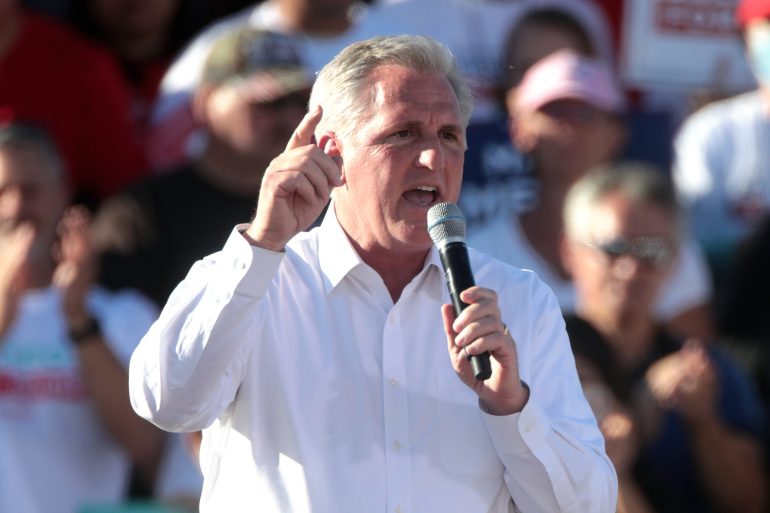 GOP Leaders Send Warnings to Ukraine Over Elon Musk, Funding as Midterms Near

The nation of Ukraine is now under newfound pressure from two different and powerful members of the Republican party in the United States for perceived slights.

Florida Governor Ron DeSantis, a politician many political observers believe will likely be a front runner in the 2024 GOP Presidential primary, criticized Ukrainian President Volodymyr Zelenskyy and the Ukrainian government for its attacks on American Billionaire Elon Musk over the tech icon’s controversial statements about the war torn nation.

Musk had previously expressed the view that Ukraine should find a way to come to terms with Russia over the disputed territories in the country’s east instead of continuing a ruinous war. In addition Musk has called into question the ability of his companies to continue footing the bill for Ukraine’s use of their Starlink system, a system that has been crucial to military communications in the country.

Musk has since publicly reversed course on the matter, and said that his companies would continue funding Starlink in Ukraine in spite of the fact it has forced him to lose millions of dollars in the process.

DeSantis was less than pleased with Ukrainian officials treatment of Musk however, admonishing them that the desperate country shouldn’t ‘bite the hand’ that feeds it.

"Don't bite the hand that feeds you. Good lord!" pic.twitter.com/w9PiMfESYS

‘So, they’ve actually been using his devices to be able to defend their country and I guess some of the people in the in the government were attacking Musk. And I’m just thinking to myself, like he’s doing this for free, don’t bite the hand that feeds you! Good lord,” the Florida Governor Said.

In addition House Minority Leader Kevin McCarthy, who may soon be a majority leader if Republicans win back the House this fall, warned that a GOP controlled congress would be far less likely to hand what he called a ‘black check’ to Ukraine.

“I think people are gonna be sitting in a recession and they’re not going to write a blank check to Ukraine. They just won’t do it,” McCarthy said in a interview with Punchbowl news.

“And then there’s the things [the Biden administration] is not doing domestically. Not doing the border and people begin to weigh that. Ukraine is important, but at the same time it can’t be the only thing they do and it can’t be a blank check,” he continued.

The dual statements come as Ukrainian advances have stalled and renewed Russian missile and drone strikes have leveled a significant amount of the state’s electrical infrastructure ahead of what many believe may be be a difficult winter for the embattled eastern European nation.

[READ MORE: The 16 Most Loved And Hated Politicians In America In 2022]