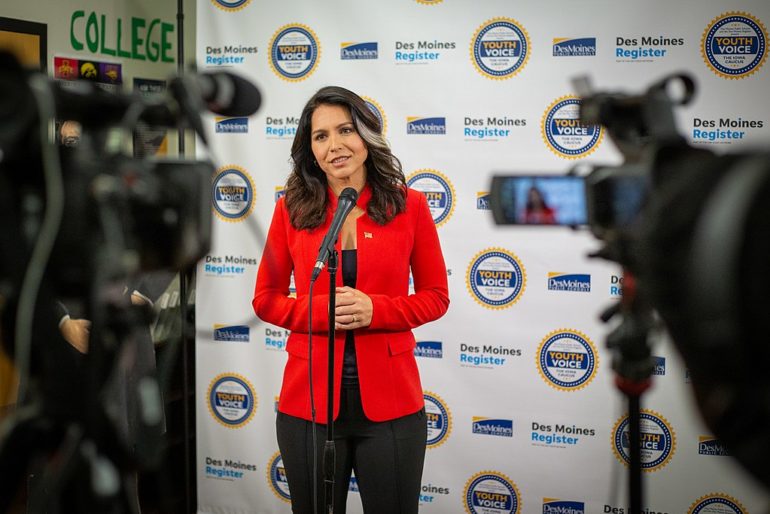 Gabbard, who is a US Army Reserve officer and served four terms in Congress said that Harris “has no business being a heartbeat away from the presidency.” The Daily Wire reports.

Tulsi responded via Twitter to the interview Harris gave with Chuck Todd on NBC’s “Meet the Press.”

Kamala Harris' statement that “we have a secure border” is further evidence that she’s either completely disconnected from reality or she's blatantly lying. Either way, she has no business being a heartbeat away from the presidency. pic.twitter.com/H7cPeJCad9

Gabbard has been critical of the president and his administration saying of his policy agendas tweeting in November, “Commonsense tells us that dumping trillions more dollars into the economy right now (via BBB) will make the inflation crisis worse, and we certainly don’t need 87,000 more IRS agents harassing regular folks.”

Texas Governor Greg Abbott has been dropping off migrants on Harris’s doorstep outside the Naval Observatory, where the Vice President’s residence is located.