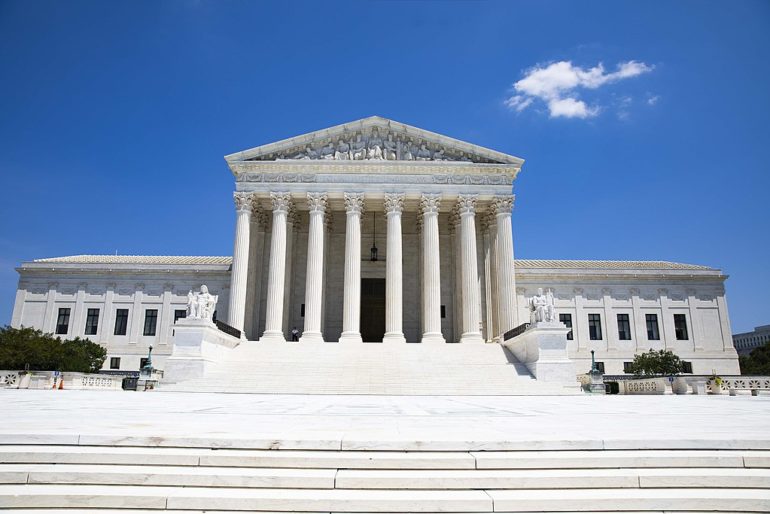 .Originally appeared on The Daily Signal

In her recent guest essay in the New York Times, former Times reporter and columnist Linda Greenhouse accuses Supreme Court Justice Samuel Alito of weaponizing religious liberty. In reality, Alito merely issued a plea that religious liberty is provided “special protection” promised by the Constitution. It appears Greenhouse actually believes religious liberty should be relegated to a lower tier status than other rights. Doing so would do serious damage to our Constitution and to the fundamental rights millions of Americans enjoy under its protection.

To support her claims, Greenhouse takes aim squarely at the role religious liberty plays in America, including references to several recent Supreme Court decisions. For instance, she describes the court’s decision upholding the right of a high school football coach to offer a brief, personal prayer after football games as “astonishing.” The case, Kennedy v. Bremerton School District, is indeed astonishing. But not for the reasons Greenhouse asserts.

What is astonishing is the degree of overt religious hostility Bremerton School District displayed against Coach Joe Kennedy. The district conceded that its coaches are permitted to engage in all manner of personal activities after games on the field—making phone calls home, checking dinner reservations, talking to friends—so long as they are not religious in nature. The Supreme Court upheld Kennedy’s right to pray because the Constitution forbids the kind of religious discrimination Bremerton School District exhibited. In other words, government cannot discriminate based on religion. Hardly a call to arms.

Greenhouse next criticizes Alito’s frequent dissents in the line of cases arising from COVID-19 lockdowns. Once again, the facts belie the far left’s concocted narrative. Government protecting liquor stores and gambling parlors as “essential” and allowing them to be open yet banning services at houses of worship was unprecedented. Places of worship sought to be treated no worse than secular gathering places such as restaurants, theaters, and sporting venues in providing safety for their attendees. Alito agreed.

In a similar vein, Greenhouse argues that affording religious entities the same treatment that secular entities receive when it comes to exemptions from government regulations somehow elevates religious entities to “most-favored nation” status. Quite to the contrary, it merely treats religious and secular entities equally. Such was the case in Carson v. Makin, in which Alito agreed that a government program to subsidize K-12 school tuition at any school of parents’ choosing could not single out religious schools as ineligible.

Was this attack on Alito because he is Catholic and a man of faith? Let’s hope not. But there are compelling reasons why all Americans, whether religious or nonreligious, would want to agree with Alito’s challenge to “convince people who are not religious that religious liberty is worth special protection.”

First and foremost is that religious liberty is enshrined in our Constitution. It is the first right protected in the First Amendment in our Bill of Rights. That alone makes it fundamental and worth protection. The Founders believed it was our first freedom because if a nation loses this freedom, it will lose all of its freedoms.

Additionally, religious liberty is a public good, even for the nonreligious. Studies have repeatedly shown that religious institutions contribute vast economic and humanitarian benefits to society.

Plus, not a single sky-is-falling prediction about religious liberty or legislation that protects it has even come close to becoming true. In fact, quite the opposite.

Take, for example, the Religious Freedom Restoration Act, or RFRA. A near-unanimous Congress passed, and then-President Bill Clinton signed, RFRA in 1993. Nearly half of the states followed suit and passed their own state-specific RFRAs. Since those halcyon days, the far left has maligned RFRA with the oft-repeated myths that RFRA threatens minority groups.

Ironically, the federal RFRA was passed in the wake of a Supreme Court case that rejected the free exercise claims of two Native Americans. A recent study found that RFRA protects religious minorities at a disproportionately higher rate than it does for majority faiths.

Thankfully, organizations such as First Liberty Institute—which represented Kennedy and one of the families in Carson v. Makin—and most Americans understand religious freedom’s intrinsic value and the role it plays in American life. Religious freedom benefits all Americans, whether they are religious or not.

Alito’s decisions, writings, and public speeches reflect a deep understanding of these truths. History will rightly remember him as one of the court’s stalwart defenders of religious freedom and America.