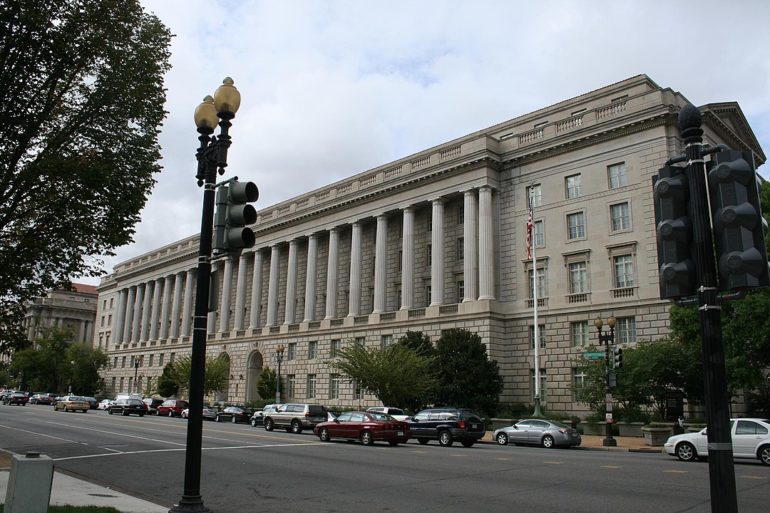 This article originally appeared on The Daily Signal.

Some of the 87,000 new agents whom Democrats propose to hire at the Internal Revenue Service could come with some extra firepower.

On Friday, House Democrats gave final passage to the tax and spending bill they dubbed the Inflation Reduction Act, which, among other things, would double the size of the IRS with 87,000 new agents to beef up enforcement.

As of two years ago, the IRS had an arsenal of 4,600 guns, reported OpenTheBooks, a government watchdog group.

Two federal investigations in the past decade found that IRS agents had not been sufficiently trained and were accident-prone with the weapons they have. Armed IRS raids on nonviolent taxpayers surfaced as a concern almost 25 years ago during a Senate hearing.

Democrats’ bill, which the Senate passed Sunday, awaits the signature of President Joe Biden should it clear the House as early as Friday.

The legislation, which unwinds from 2023 through 2031, would devote $80 billion to expanding the IRS and boosting tax revenue to pay for Democrats’ green energy subsidies and other  pet projects.

Americans for Tax Reform, a conservative group that opposes the legislation, assembled information about the IRS arsenal from government and media reports.

“This bill has new IRS agents and they are armed, and the job description tells them that they need to be required to carry a firearm and expect to use deadly force if necessary,” Boebert said. “Excessive taxation is theft. You are using the power of the federal government for armed robbery on the taxpayers.”

“The idea that they are armed—I know that Ms. Boebert would like everybody to be armed, but that’s not what IRS agents do,” Yarmuth said. “I would implore my Republican colleagues to cut out the scare tactics. Quit making things up.”

In a posted job opening for a special agent, the IRS specified that applicants should be “willing and able to participate in arrests, execution of search warrants, and other dangerous assignments,” and able to carry “a firearm and be willing to use deadly force, if necessary.”

After sparking some controversy amid the proposed expansion of the agency, the IRS deleted “willing to use deadly force” from the job description.

The IRS referred questions to the Treasury Department as to whether the arsenal would increase as the number of personnel multiplies.

The Treasury Department did not immediately respond to The Daily Signal’s request for comment for this report.

Here are four key things to know about the Internal Revenue Service and weapons.

The current IRS workforce includes 78,661 full-time employees, so Democrats’ legislation, if passed as written, would more than double the agency’s employees.

A 2020 report from OpenTheBooks, titled “The Militarization of the U.S. Executive Agencies,” shows that the IRS Criminal Investigation division has a stockpile of 4,600 guns.

The Government Accountability Office, a federal watchdog agency, reported in 2018 that the IRS had 3.1 million rounds of ammunition for pistols and revolvers.

The tax agency had 1.4 million rounds of ammunition for rifles, the GAO report said, along with 367,750 shotgun rounds and 56,000 rounds for automatic weapons.

The IRS’s National Criminal Investigation Training Academy has the responsibility to implement firearms training and a related qualification program nationwide.

However, IRS agents assigned to the Criminal Investigation division regularly failed to stay up to date with training or to report incidents of improper firearms use, according to a 2018 report from the Treasury Department’s inspector general for tax administration.

The inspector general’s report notes that “there is no national level review of firearms training records to ensure that all special agents meet the qualification requirements.”

“Special agents not properly trained in the use of firearms could endanger the public, as well as their fellow special agents, and expose the IRS to possible litigation over injuries or for damages,” the report says.

For qualification, each agent must score 75% or higher on the firing range, but the IRS lacked documentation showing its agents met the standards, according to the inspector general.

In fiscal year 2016, the inspector general’s report determined, the IRS Criminal Investigation division “did not maintain documented evidence that 145 out of 2,126 special agents met the firearm standards established by CI [Criminal Investigation] and therefore were not qualified law enforcement officers.”

3. More Unintended Discharges Than Intended Ones

The poor firearms training for IRS agents has led to more accidental firings than intentional firings, according to a separate inspector general’s report from 2012.

“Having the availability of deadly force puts hiring so many new agents into perspective,” Grover Norquist, president of Americans for Tax Reform, told The Daily Signal.

The inspector general for tax administration “found they fired their guns more times by accident than on purpose,” Norquist said. “I’m not sure if that’s good or bad.”

The poor training was not a new problem, since the 2012 report from the inspector general found similar issues with firearms training.

“If there is insufficient oversight, special agents in possession of firearms who are not properly trained and qualified could endanger other special agents and the public,” the report says.

The 2012 report not only found that IRS agents fired their weapons by accident more times than intentionally, but that the agency concealed details about the accidental discharges.

And, the inspector general’s report continues, “we found that four accidental discharges were not properly reported.”

It says that “the accidental discharges may have resulted in property damage or personal injury.”

The public report, however, redacts four references to unreported accidental discharges of firearms.

In 1998, the Senate Finance Committee held investigative hearings into IRS abuses that featured testimony from a Virginia restaurant owner.

The restaurant owner said that armed IRS agents with drug-sniffing dogs burst into his restaurant during breakfast hours and ordered customers to get out.

Agents took his cash register and records, the restaurant owner told the Senate committee. When he returned home, he found that his door had been kicked open and his residence had been raided.

A tax preparer from Oklahoma gave similar testimony, saying that about 15 armed IRS agents came to his business and harassed his clients.

The owner of a Texas oil company recounted that agents came to his office and told employees: “Remove your hands from the keyboards and back away from the computers. And remember, we’re armed!”

In each case, the agents came up empty-handed.

The Washington Post reported at the time that Democrat and Republican lawmakers alike expressed dismay, and that the Clinton administration’s IRS commissioner, Charles O. Rossotti, promised an investigation of such actions.

At a separate hearing that year before the same Senate committee, Treasury Department’s inspector general, Harry G. Patsalides, told senators that the IRS had tolerated car thefts and anonymous bullying by promoting an agent accused of sexual harassment and allowing agents to conduct armed raids on nonviolent taxpayers.

Fred Lucas is chief news correspondent and manager of the Investigative Reporting Project for The Daily Signal. Lucas is also the author of “Abuse of Power: Inside The Three-Year Campaign to Impeach Donald Trump.” Send an email to Fred.

Original story can be found here.