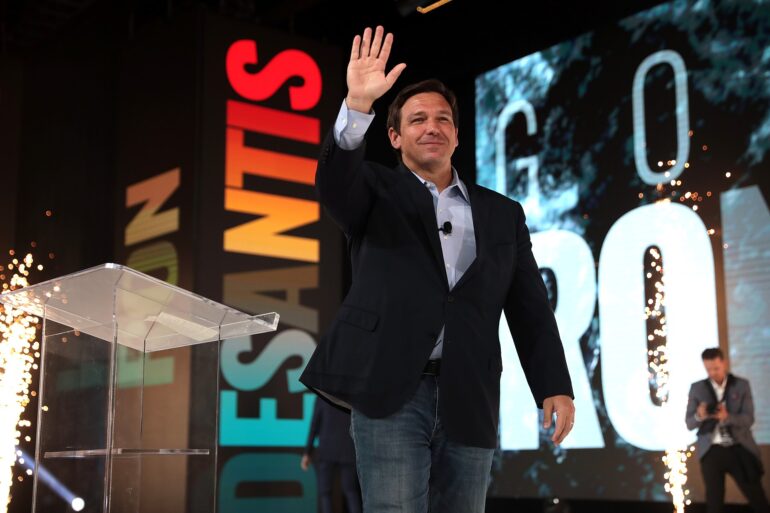 Florida Governor Ron DeSantis was reportedly urged to ‘run for president’ by passionate NFL fans at Kansas City’s Arrowhead Stadium on Saturday, as the Republican considers a presidential run in 2024.

During the Kansas City Chiefs’ playoff triumph against the Jacksonville Jaguars, the highly regarded politician, who is widely seen as Donald Trump’s top competitor for the Republican nomination, was applauded and shook hands with fans.

The hero’s reception in the Red State reflects the increase in favor for DeSantis, who has garnered praise for his ‘war on woke,’ a ban on Critical Race Theory, and loosened Covid restrictions during his four years in office.

The Republican star was re-elected in November, and he has continued to stoke suspicion that he is laying out his campaign goals for a possible future presidential run, plainly putting himself up against Joe Biden’s progressive Democrats.

DeSantis’s star has continued to rise since his reelection, drawing the ire of Democrats and admiration of Republicans over his bold stands on issues like illegal immigration, critical race theory, and transgenderism.

DeSantis signed a bill in spring of 2022 which banned the teaching of Critical Race Theory in Florida schools.

[READ MORE: AOC Files Paperwork Indicating What Her Political Future Will Be]