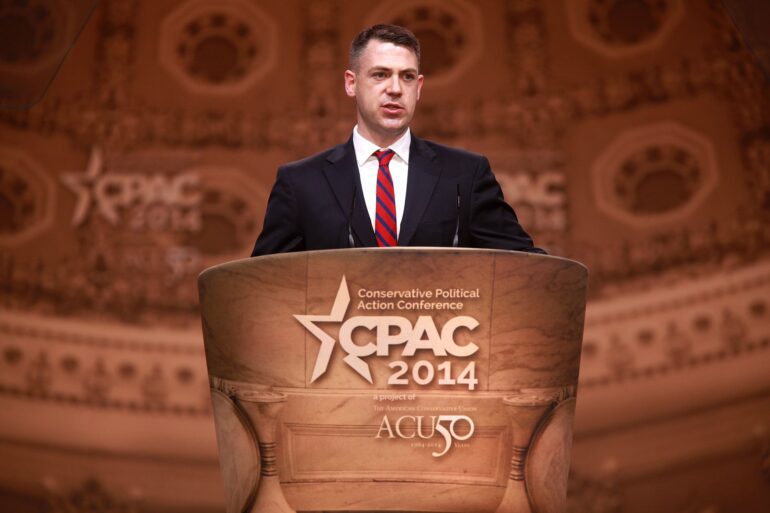 Braun previously stated that he will not run for re-election in 2024 in order to run for governor of Indiana.

We NEED conservatives in Washington who aren’t afraid to fight Biden’s radical agenda.

That’s why I am running to represent our great state of Indiana in the United States Senate. Join my team: https://t.co/R8ntxo5pQt pic.twitter.com/4BPPQC7OxY

“Radical, socialist Democrats are trying to change America, but I won’t let them. I’ve been on the front lines fighting for America first policies in Congress.” Banks said in the video.

Banks, the Republican Study Committee’s previous head, was the first contender to enter the Senate contest.

Banks was elected to the House in 2016 to represent Indiana’s 3rd Congressional District, which contains Fort Wayne, the state’s biggest city. He has also previously served in the Indiana state Senate and as a member of the Navy Reserve in Afghanistan.

“I’m 100% pro-life, pro-family, pro-military, pro-veteran, focused on the issues that the voters care most about today, which is holding the Biden administration accountable and restoring America, fighting for our conservative values, putting America first, and that’s what I want to do in the Senate,” Banks said during an appearance on Fox News on Tuesday.

During the interview, Banks also stated that the $1.7 trillion spending package endorsed by Senate Minority Leader Mitch McConnell (R-KY) was a major reason in his choice to run.

Border security is one of the main issues highlighted on Banks’ campaign website.