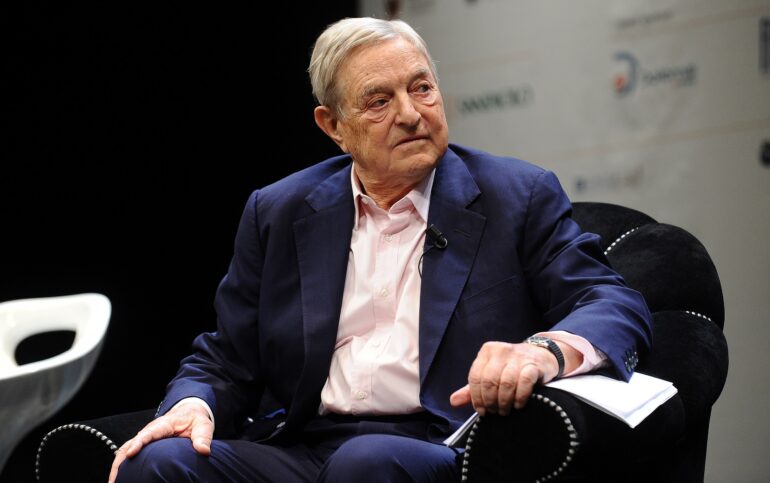 Records indicate that the son of left-wing billionaire and philanthropist George Soros has reportedly made many recent visits to President Joe Biden’s White House in order to assist Democrats with campaign donations and to advertise his regular contacts with Democratic legislators.

George Soros, the creator of the large liberal grant-making network Open Society Foundations, has influenced Democratic politics by funding a wide range of projects across the globe.

Alexander Soros, his 37-year-old son however has been much more open about his intimate ties with politicians on social media, and made six different trips to the White House since Biden took office and gained power with Democrats in recent years.

According to a new investigation of White House visitor logs, the younger Soros visited the White House several times between October 2021 and December 2022.

Two of these encounters were with Ron Klain, White House chief of staff.

According to Federal Election Commission reports, Alexander has sent almost $5.7 million to Democratic races and left-wing political action organizations since 2018.

Alexander, the head of the Open Society Foundation and a writer for various left-wing news publications, has frequently commented on social media about his meetings with Democrats.

According to Alexander’s Instagram account, he has met with Schumer at least nine times since 2018, and has visited ex-House Speaker Nancy Pelosi at least eight times (D-CA).

According to documents, Alexander has contributed more than $130,000 to Pelosi’s campaign as well as her victory fund, a super PAC aimed at electing Democrats.

In September 2021, the same month Alexander posed in an Instagram photo with George Soros and Nancy Pelosi in an undisclosed location, he directed thousands of dollars in campaign donations to ex-Rep. Tim Ryan (D-OH), Sen. Raphael Warnock (D-GA), Sen. Michael Bennet (D-CO), and Rev Up PAC, which is affiliated with Warnock.

According to documents, Alexander also contributed over $700,000 to the Biden Victory Fund in 2020.

According to tax records, the Open Society Policy Center, a lobbying entity inside the OSF network, covertly gave $140 million to ballot initiatives and advocacy groups in 2021, as well as $60 million to leftist nonprofits.