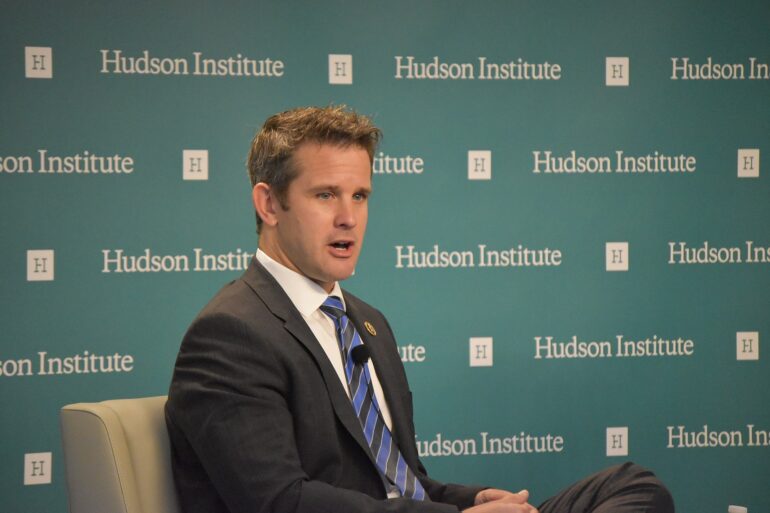 Adam Kinzinger has reportedly found a new job as a television TV analyst after finishing his career as one of the most ardent anti-Trump members on Capitol Hill.

Kinzinger, who resigned from Congress last week after deciding not to run for reelection in the 2022 midterm elections, joined CNN as a senior political contributor on Wednesday.

“Kinzinger joins CNN with extensive experience in GOP politics, having recently retired from the U.S. House of Representatives after serving six terms representing Illinois’ Sixteenth Congressional District. Kinzinger most recently served on the high-profile House Select Committee to Investigate the January 6th Attack on the United States Capitol as well as the House Committee on Energy and Commerce and the House Foreign Affairs Committee.” CNN announced in a statement on the matter.

Kinzinger made his CNN debut as a guest on “Erin Burnett Outfront.”

Kinzinger, a member of the House Jan. 6 Committee, has been a regular guest on CNN over the last two years, where he has been asked on-air to criticize former President Trump and the majority of Republicans.

Kinzinger, along with Liz Cheney, were the two most prominent anti-Trump members of the House, and were also known for their hawkish and pro-Ukrainian views on foreign policy.

Critics have long claimed that Kinzinger’s anti-Trump remarks signified his desire to join a leftist news network when his term ended.

Conservatives who had long been critical of both Kinzinger and CNN were quick to mock the announcement:

In a shock to literally no one. https://t.co/Nk8tjSt4t7

I know it's a cliché for a lot of people to say they're only doing this for a media contract. It also turns out to be true most of the time. https://t.co/xHAT8s87AB

Nobody saw this coming. Nobody. https://t.co/qp7Vxf50WH