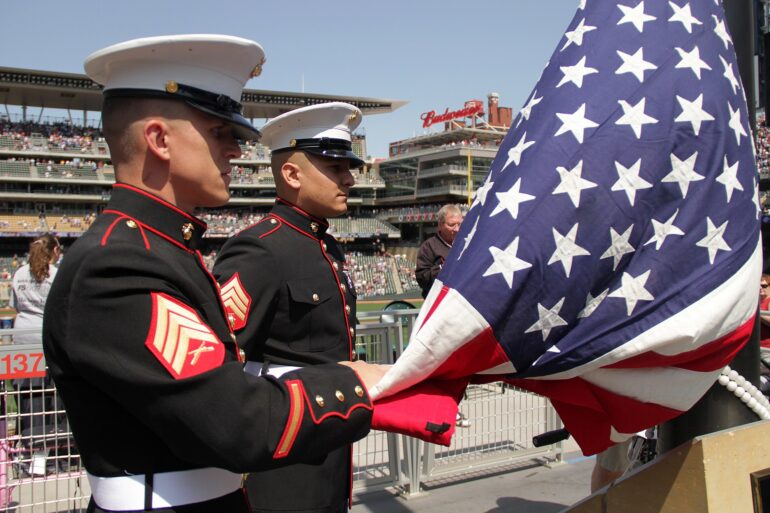 Recruiters from the U.S. Marine Corps intervened recently during a halt a smash-and-grab jewelry theft at a Los Angeles shopping center, reportedly slamming two of the four suspects to the ground as they attempted to leave.

Marine Staff Sgt. Josue Fragoso was meeting with an applicant at his recruiting station at the Del Amo Fashion Center in Torrance, two doors down from Daniel’s Jewelers, when he heard glass shattering and loud cries from passersby.

Fragoso and his possible recruit dashed toward the jewelry store, where four men in masks and hammers were breaking the glass display cases before fleeing with thousands of dollars in jewels.

Fragoso can be seen in surveillance footage tackling one of the suspects to the ground while the others flee to the nearest escape. According to Fragoso, the candidate and a second Marine recruiter apprehended a second suspect with the assistance of witnesses.

The two suspects, both teenagers, were apprehended by police. According to The Marine Times, the Marines eventually found roughly 20 pieces of jewelry outside the mall and returned them to the business.

A guy who recorded the incident on camera applauded the lads for acting quickly before cops arrived.

Fragoso stated that his commanders praised him for preserving Marine Corps ideals and handled the matter with calm and sincerity.