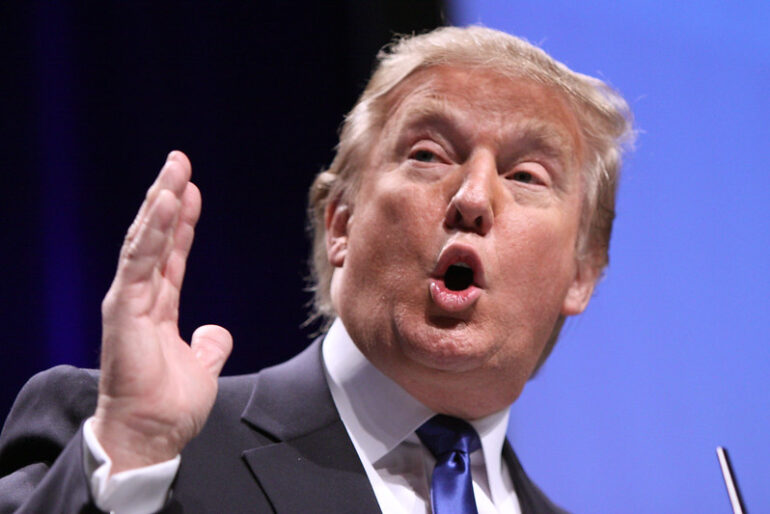 Former President Trump, who has already declared his candidacy for the presidency in 2024, reportedly took to Truth Social on Thursday to try and refute recent polling that showed Florida Gov. Ron DeSantis, who has been widely rumored to be Trump’s primary rival in hypothetical 2024 primary matchups, outperforming the former president in a variety of different polls.

In his post, Trump displayed a poll that he claimed was conducted by the polling company McLaughlin & Associates, which had previously supported Trump’s 2020 campaign.

The poll in question showed that when respondents were asked who they would support in a 2024 GOP presidential primary, Trump received the support of 58 percent of respondents compared to DeSantis’ 36 percent.

“Great polling has just come out on me versus various others, including [President Joe] Biden, but I still have to put up with the same old ‘stuff’ from The Wall Street Journal, which has lost an incalculable amount of influence over the years, and Fox News, whose polls on me have been seriously WRONG from the day I came down the escalator in Trump Tower” Trump said.

“This is the McLaughlin & Associates POLL that just came out and which got it right in 2016 & 2020. Unlike The WSJ, NBC Fake News, ABC Fake News, Fake Polling FOX NEWS, the dying and very sickly USA Today, and most others in the LameStream Media.In other words, it is REAL POLLING. As you can see, we are leading by a lot, despite the never ending Communist (Democrat) WEAPONIZED ATTACKS on me and the GREAT PATRIOTS OF MAGA. More to come!!!” He continued.

The polling firm cited by Trump, McLaughlin & Associates, was given a rating of C/D in part due to its history of only calling 69 percent the races it conducted polls for correctly by polling site FiveThirtyEight.

DeSantis has swiftly become the top challenger to Trump among GOP primary voters, though he isn’t anticipated to make his decision public until after Florida’s legislative session in the spring or summer. Last month, he defeated Democratic former Gov. Charlie Crist by over 20 points, making him the opponent that Trump is most worried about.

[READ MORE: Trump Reveals What Was Behind His ‘Big Announcement’]