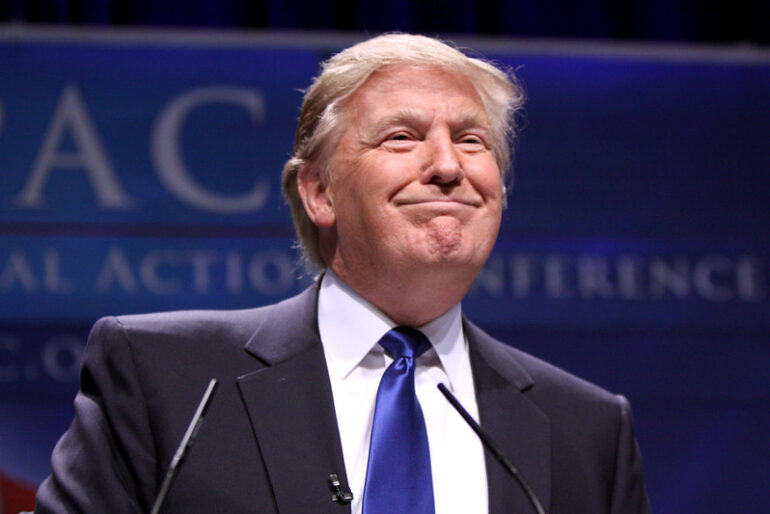 Trump Reveals What Was Behind His ‘Big Announcement’

Former President Donald Trump has reportedly now released a collection of digital trading cards featuring his picture on Thursday, after teasing a “big surprise” the day before.

While some suspected that the announcement would be tied to the House Republican Speaker contest, Trump’s seemingly inactive 2024 presidential campaign, or even the announcement of the identify of a potential running mate, it was really about a new potential revenue stream for the former president.

The digital trading cards, according to Trump, “include great ART of my Life & Career!” “But hopefully far more interesting,” he said, comparing them to baseball cards.

The cards are priced at $99 apiece.

A promotional image depicted Trump, who was deeply muscular and toned, wearing a crimson costume laced with the number 45, a tribute to his presidency, with a grim expression on his face and an American flag-styled cloak hanging behind him.

“MAJOR ANNOUNCEMENT! My official Donald Trump Digital Trading Card collection is here! These limited edition cards feature amazing ART of my Life & Career! Collect all of your favorite Trump Digital Trading Cards, very much like a baseball card, but hopefully much more exciting. Go to collecttrumpcards.com/ & GET YOUR CARDS NOW! Only $99 each! Would make a great Christmas gift. Don’t Wait. They will be gone, I believe, very quickly,” the announcement, on Trump’s platform “Truth Social” read.

The news is likely to do little to assist Trump’s 2024 Presidential campaign, which, according to many political observers, seems to already be in trouble.

Trump has been dogged by a series of controversies in recent weeks, in addition he has seen many of his previously favorable poll numbers plummet as many conservatives have, according to polling, begun to shift their support from the former President to Florida Governor Ron DeSantis.