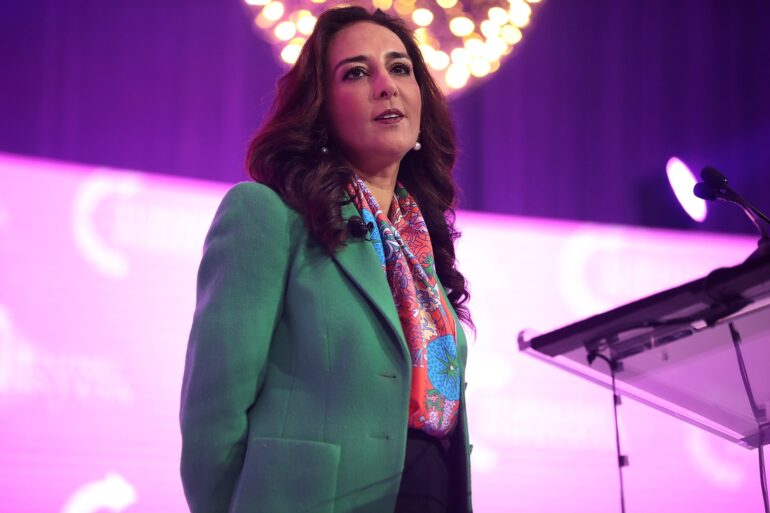 According to a new report based on financial records found on OpenSecrets.org, Republican National Committee Chair Ronna Romney McDaniel paid her main challenger in the campaign approximately $900,000 over the previous two years.

According to the report the RNC paid Dhillon Law Group, a Virginia-based law firm managed by Harmeet Dhillon, who is competing against McDaniel for the chair’s office, $892,550 in legal costs between March 2021 and August 2022.

Dhillon, who is an RNC Committeewoman from California, announced earlier this month that she will run against McDaniel for the post of RNC chair.

According to the firm’s website, Dhillon Law has represented the RNC in several lawsuits on its behalf, most notably RNC v. Google, a federal lawsuit in the Eastern District of California accusing the company of sending RNC mass-marketing emails to spam folders on users’ Gmail accounts.

The RNC needs a total revamp. We are not innovating, we are not leading, we are not WINNING, and our messaging is not clear – the RNC needs new leadership, energy, and a grassroots-focused, not a DC-centric, top-down-consultant-driven, approach. pic.twitter.com/q6chW29nRB

Dhillon’s campaign for Chair has centered on claimed party shortcomings under McDaniel’s leadership, but she has seldom referenced her by name.

Dhillon’s platform includes vows to strengthen the RNC’s in-house legal team, fight litigation against Democrats and state officials, and replace the majority of party personnel and contracted consultants with teams based outside of Washington, D.C.

Dhillon’s business receiving RNC funds has provoked criticism from other contenders for chair.

So far, Dhillon’s campaign has gotten lukewarm support from the RNC’s 168 committee members who pick the chair.