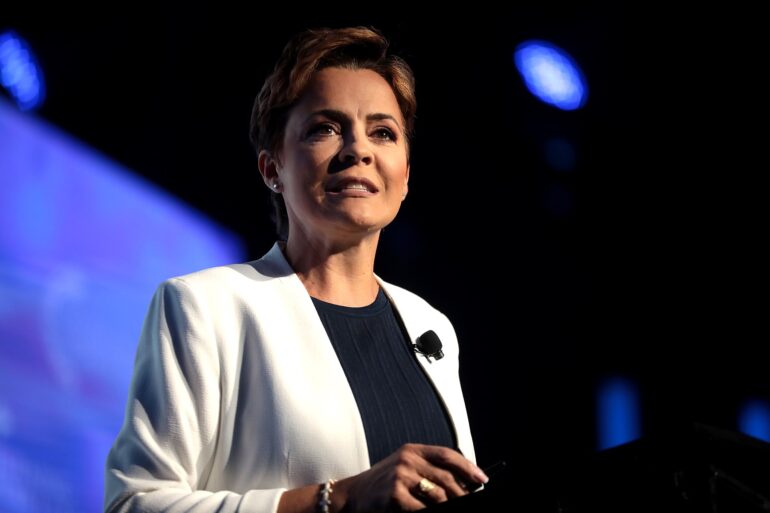 Kari Lake, a Republican gubernatorial candidate in Arizona, has now officially filed a lawsuit against Maricopa County over what it alleges is its mishandling of the midterm elections.

Lake, who has publicly questioned her loss to Democratic candidate Katie Hobbs, filed the complaint in Arizona Superior Court on Wednesday.

Lake is suing Stephen Richer, the Maricopa County recorder, and other authorities as part of the suit.

Lake is also asking the court to order the government to submit records on how the midterm elections were handled, in order to prove they were carried out legitimately.

“Given instances of misprinted ballots, the commingling of counted and uncounted ballots, and long lines discouraging people from voting, as demonstrated in the attached declarations, these records are necessary for Plaintiff to determine the full extent of the problems identified and their impacts on electors,” the lawsuit claims.

The complaint also asks the court to order that records be produced before the county canvasses vote results on Nov. 28.

Lake has refused to accept defeat since the race was called for her opponent, Democrat Katie Hobbs.

Despite a glitch with certain tabulator machines in Maricopa County on Election Day, voters were provided other methods of voting, according to Maricopa County Board of Supervisors Chairman Bill Gates.

On Wednesday, outgoing Arizona Gov. Doug Ducey (R) met with Hobbs, saying he will continue to work with her to facilitate a seamless transition between the incoming and outgoing Gubernatorial administrations.