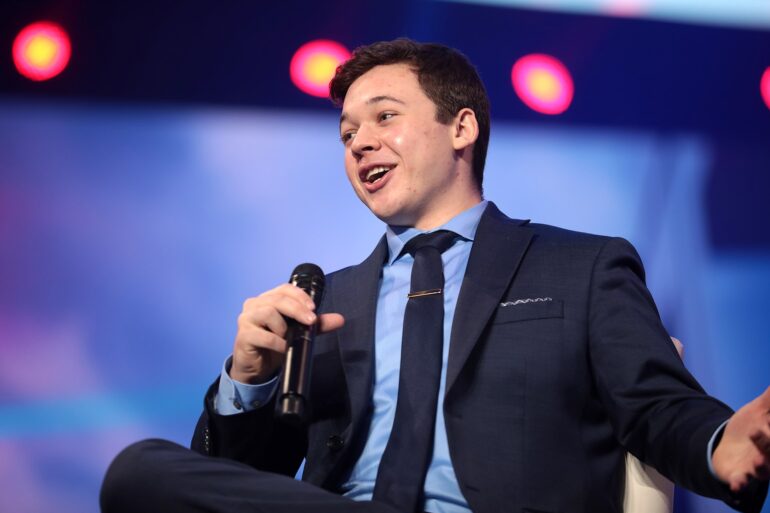 Rittenhouse Implies He May Run for Office in Near Future

Kyle Rittenhouse hinted to a possible congressional race in a tweet on Thursday.

The 19-year-old, who made headlines after being charged with murder in a case in which he was later acquitted, shared a selfie of himself dressed in a coat, tie, and spectacles standing in front of the United States Capitol.

T-minus 5 years until I call this place my office?
💪🇺🇸💼 pic.twitter.com/s8ghHzf477

Rittenhouse was cleared of five criminal counts for the fatal shootings of Joseph Rosenbaum and Anthony Huber, as well as the gun-related wounds of Gaige Grosskreutz, on August 25, 2020, during a Black Lives Matter riot in Kenosha, Wisconsin.

He was only 17 at the time of the self-defense shootings.

His criminal trial was broadcast on major television networks across the United States, and he pled not guilty to all counts.

He was charged with first-degree reckless murder by the state of Wisconsin, in addition to a number of other related charges.

Shortly before the verdict, Judge Bruce Schroeder dropped the allegation of minor in possession of a dangerous weapon.

Rittenhouse was carrying an AR-15 at the time of the shootings.

Rittenhouse was found not guilty of all charges, in what amounted to a massive legal vindication for him in particular as well as the right right to self defense more generally.

Rittenhouse has since announced the establishment of The Media Accountability Project in order to allegedly gather funds and seek legal action against political and media leaders who he claims have repeateldy and maliciously attempted to smear him and spread disinformation about him.

Rittenhouse has since gone on to become a conservative icon, in may quarters for what some believe is his outspoken support for the Second Amendment and the right to self-defense.