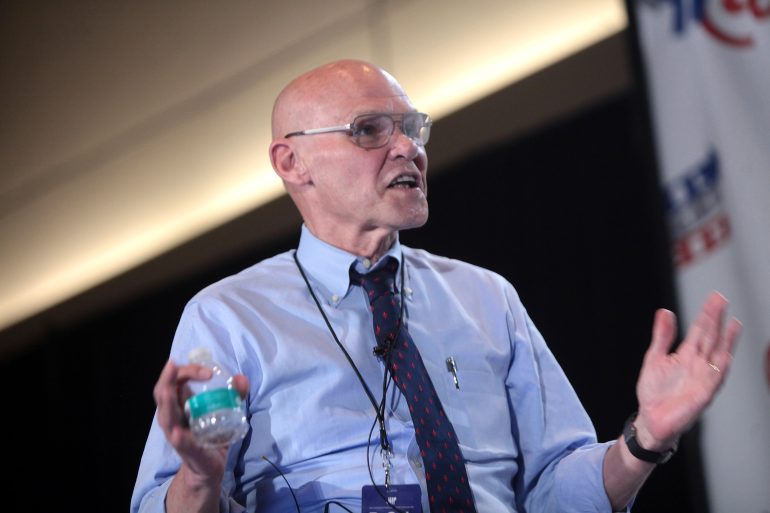 Famous Democratic strategist James Carville argued on MSNBC’s “Morning Joe” on Wednesday that the party should have lost at least 57 seats but avoided a red wave due to the presence of former President Donald Trump.

Democrats should have fared worse than they did, according to co-host Willie Geist, given the present national economic crisis, crime and President Joe Biden’s extremely poor favorability ratings.

Joe Scarborough jumped in, adding that historically, the incumbent party loses handsomely during a midterm cycle, with Tuesday’s elections breaking the norm.

“Could you explain to people viewing who don’t know politics closely and as well as you do, how historic last night was?” Scarborough asked Carville.

“I’m going to try because I’m sitting here saying if you put everything in a computer, we should have lost 57 seats. Four, five Senate seats, and the reason is Donald Trump. He brought people out to vote against this. He had a suppressive affect. He out trumped inflation and crime. He out trumped the normal cycle of the first off-year election with an incumbent president. When political historians unearth this they are going to find so much more that we missed this morning.” Carville explained.

Republicans lost both the Senate and gubernatorial contests in Pennsylvania, while Republicans lag their Democratic counterparts in both races in Arizona.

With the exception of the state of Florida, were the GOP lead by Governor Ron DeSantis won by huge margins, Republicans struggled in most other races nationwide.

[READ MORE: Kevin McCarthy Announces That Border Security Will Be The Number One Priority For House Republicans If They Win Back The Majority]