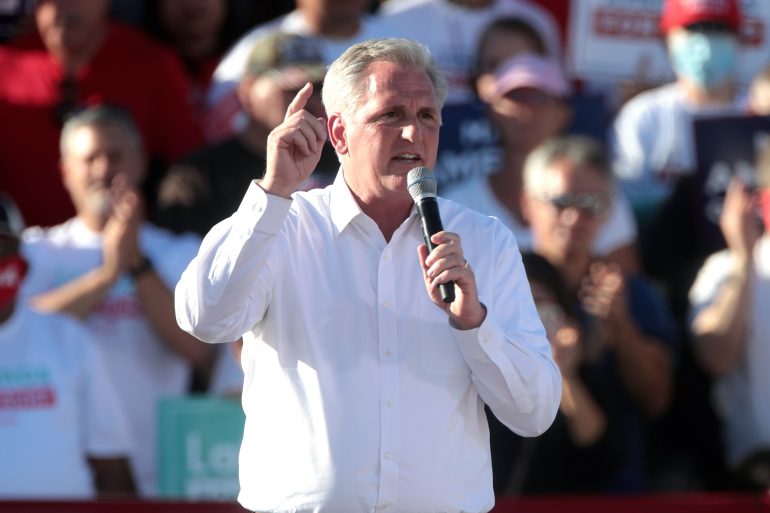 House Minority Leader Kevin McCarthy told CNN that if Republicans regain control of the House after the midterm elections, they will prioritize addressing the border situation.

According to the statement McCarthy gave to CNN, the Republican House’s  first order of business would be to seek stricter border laws along with more enforcement.

The plan would reintroduce a number of Trump-era immigration restrictions that President Joe Biden  had attempted to abolish, such as the “Remain in Mexico” policy.

McCarthy stressed the national security dangers of open borders after Border Patrol officers apprehended 98 illegal migrants whose names were on the terror blacklist in fiscal year 2022.

He also underlined the need of combating cartel activities and fentanyl smuggling, citing the fact that the substance kills tens of thousands of Americans each year.

Illegal migration has increased under Biden’s leadership as he sought to reverse earlier deportation and enforcement efforts.

In fiscal year 2022, US Customs and Border Protection (CBP) faced a new record of around 2.3 million migrants along the southern border.

“You first do a very frontal attack on China to stop the poison from coming, you control your borders and take control of it down here, you provide the resources that the border agents need, but you also provide to make sure the cartels aren’t controlling the border in the background,” McCarthy said confidently.