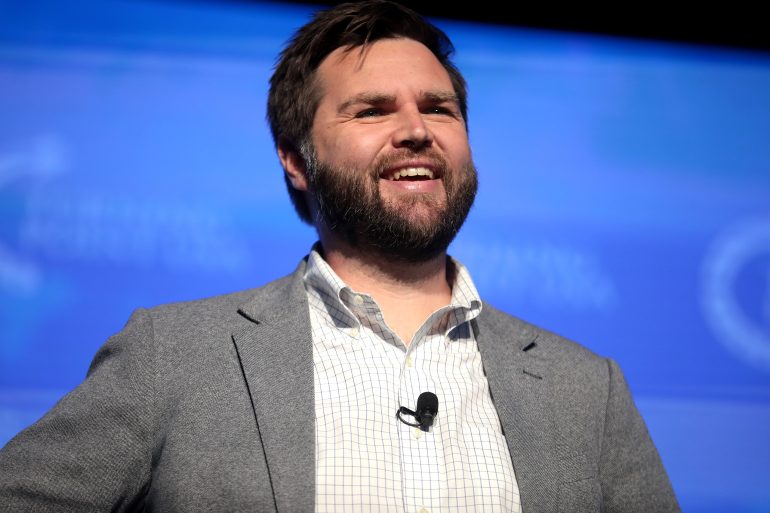 According to the most recent polls, J.D. Vance has grabbed the lead over his Democratic opponent in Ohio’s Senate campaign after facing him earlier this month.

The Republican political outsider debated Rep. Tim Ryan (D-OH) on October 10 and 17, and Vance’s poll numbers have risen steadily and significantly since then.

The poll was conducted from October 14 to 18, and it polled roughly 1,500 potential Ohio voters.

Ryan continues to lead by roughly 8% among Independents, but his popularity among these voters is insufficient to keep him in the lead.

Notably, Vance leads by a wide percentage among Ohio voters who dislike President Joe Biden, 72% to 19%.

In recent weeks, Biden has battled to maintain his favorability and job approval ratings above water as his party faces a potential disastrous defeat in the upcoming midterm elections.

According to some polls, nearly 53% of Americans dislike the president, up from as low as 38% when he was elected.

Other surveys are now showing Vance significantly ahead of Ryan, but only by a little margin, placing the candidates in a dead race.

Vance currently leads Ryan by 2.5 percentage points, according to the Real Clear Politics average of surveys.

Ryan held a statistical edge in an earlier survey in September, but the more recent surveys now show Vance leading the Democrat congressman.

Vance and Ryan both went on the offensive in their final debate before the election on Monday, trading blows and barbs over issues like immigration and racism.

The Ohio Senate election remains one of the several that are being carefully watched this November, the results of any of which could determine which party controls the all-important upper chamber come January 2023.