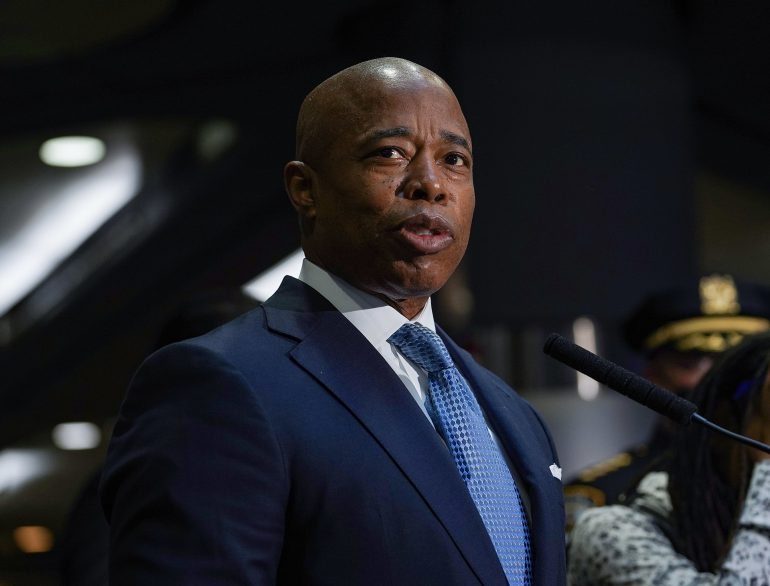 The Democratic Mayor of New York City, Eric Adams, has now declared an official ‘State of Emergency’ due to the massive surge in illegal immigration the city has seen in over the past several weeks.

Adams had previously proudly touted the fact that New York was a ‘sanctuary city’ meaning it would do everything possible to prevent illegal migrants from having to comply with federal immigration law.

At a press conference, Adams attempted to shift the blame for the situation away from the city’s left-wing politics and toward political instability in Latin America and partisan politics in the U.S.

NYC Mayor Eric Adams declared a state of emergency over the city’s migrant crisis, saying that the more than 17,000 asylum-seekers from Central America and South America are straining the city’s resources https://t.co/R90NZrqKcu pic.twitter.com/OGKUwU4szj

“This is a humanitarian crisis that started with violence and instability in South America and is being accelerated by American political dynamics,” Adams said during the presser.

“New Yorkers are angry. I’m angry, too. We have not asked for this. There was never any agreement to take on the job of supporting thousands of asylum seekers.” He continued.

So far, the city has selected 42 hotels to serve as temporary shelters and has registered well over 5,000 migrant children in approved schools — and the city plans to spend more than $1 billion by the end of the fiscal year to manage the new surge of migrants.

According to Adams’ proclamation, the city will now deploy the necessary agencies to collaborate in the construction of Humanitarian Emergency Response and Relief Centers.

The state of emergency will last at least 30 days, after which Adams will decide if it has to be prolonged.