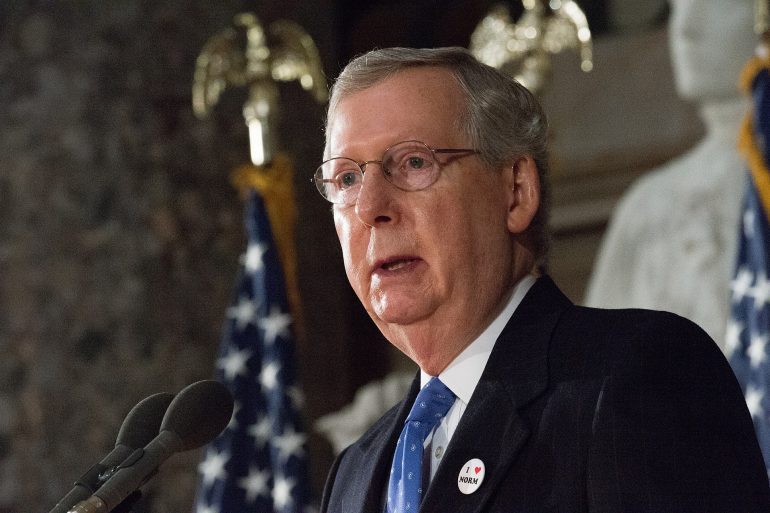 The board made it plain that they were responding to Trump’s recent Truth Social post, in which he slammed McConnell and stated he “had a DEATH WISH” for passing legislative legislation backed by Democrats.

This was the same post in which Trump also slammed Chao, writing, “Must immediately seek help and advise from his China loving wife, Coco Chow!”

“Mr. Trump’s apologists claim he merely meant Mr. McConnell has a political death wish, but that isn’t what he wrote. It’s all too easy to imagine some fanatic taking Mr. Trump seriously and literally, and attempting to kill Mr. McConnell. Many supporters took Mr. Trump’s rhetoric about former Vice President Mike Pence all too seriously on Jan. 6.” The editorial board claimed.

“This continues Mr. Trump’s attacks on Elaine Chao, Mr. McConnell’s wife, for being Chinese-American,” the article said “Her real offense was resigning as transportation secretary after Mr. Trump’s disgraceful behavior on Jan. 6.”

Senator Susan Collins (R-ME) recently spoke with The New York Times after a vandal damaged a window in her home. Collins discussed the growing pattern of violent threats directed at legislators, an incident the Journal’s editorial references.

“Five weeks from Election Day, Mr. Trump could be working and spending money to elect a GOP Congress or to help his home state of Florida recover from Hurricane Ian,” The editorial noted “Instead he’s attacking Mr. McConnell and his wife as part of a personal political vendetta, and putting every Republican candidate on the spot to respond to questions about the Trump rant.”

Trump has long feuded with both McConnell and the conservative establishment, conflicts which have only gained momentum since he left office in January of 2021.