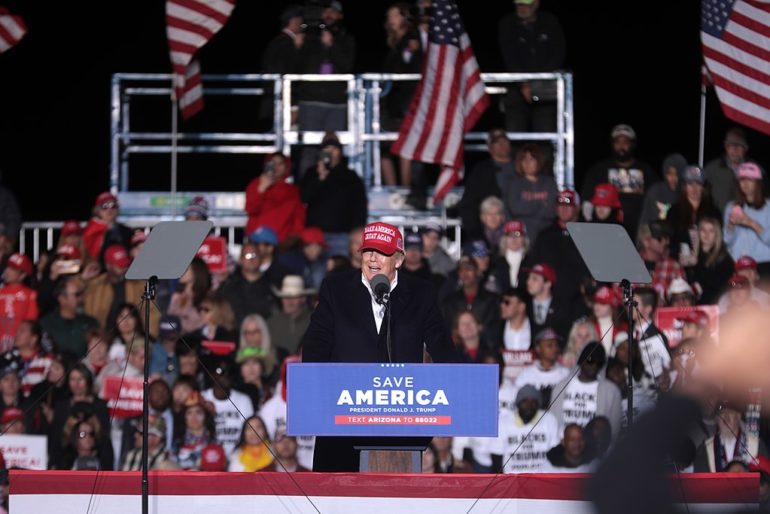 Donald Trump lost the first half of 2022 to Ron DeSantis in terms of fundraising, but a new Politico poll shows he is not trailing the Florida governor in popularity.

The new poll, reported on by The Daily Caller, has Trump holding a double digit lead over the field of possible Republican challengers for 2024.

Trump is supported by 53% of Republican voters and Republican-leaning independents.

Coming in behind Trump are Ron DeSantis with 23%, former Vice President Mike Pence with 7%, and Republican Senator Ted Cruz (Tx) with 3 percent.

The same poll found that 38% of voters approve of Joe Biden’s job and that more Americans want to see Trump run in 2024 than want to see Biden run.

However, one concerning aspect of the poll is that the Democrats still hold a four-point lead over Republicans in the generic congressional ballot.

[READ NEXT: Trump Challenger Goes All In]