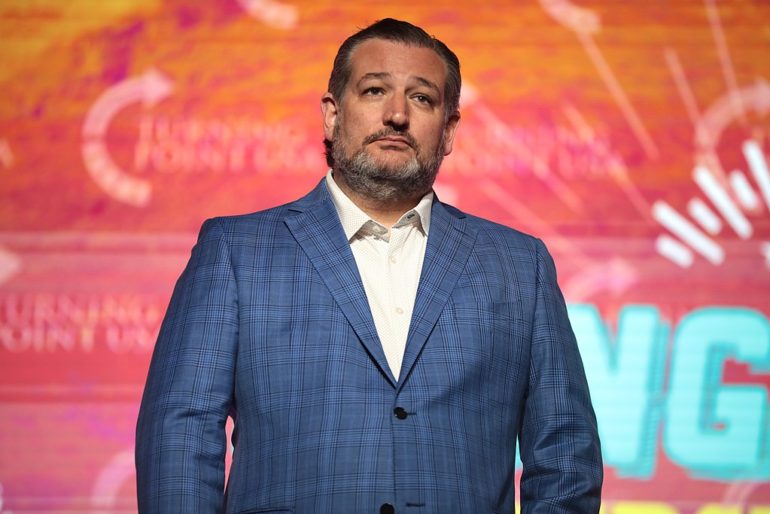 A fugitive is on the run after threatening GOP Senator Ted Cruz (TX) authorities have revealed.

The man made the threats in a rambling phone call to Cruz’s office last month.

Nformangum is charged with a felony of Terroristic Threat, July 3, was released on a PR Bond. D.A.'s office confirmed w FOX 26 that because the 22yo failed to show up in court Fri he is now a wanted fugitive & there is an active warrant out for his arrest https://t.co/emIp2n61WN

He is now a fugitive after failing to show up for a court appearance, The Daily Wire reports.

Isaac A. Nformangum, 22, of Richmond, was charged with making a terroristic threat against Cruz in a June 26 call in which he complained about the Republican Party platform. In the call, which was transcribed and included in the criminal complaint drafted by the Harris County District Attorney’s Office, Nformangum allegedly threatened to kill Cruz and his GOP colleagues.

Nformangum, who addressed Cruz by his full name, Rafael Eduardo Cruz, was arrested shortly after the message was left, but he was released on bond July 3. The district attorney’s office told Fox 26 that because Nformangum failed to appear for a court hearing on Friday, he is now considered a fugitive. A warrant has been issued for his arrest.

The message left at Cruz’s office was particularly chilling, because the speaker threatened to come after Republican lawmakers at their homes.

“Be it by finding you in a public space or by trailing you to your very, by your very public homes,” the message said. “The addresses of which are public knowledge. You and every one of your colleagues is to be shot dead. Found and killed.”

It is unclear where Nformangun is, but his call was traced back to a number registered under the same last name.