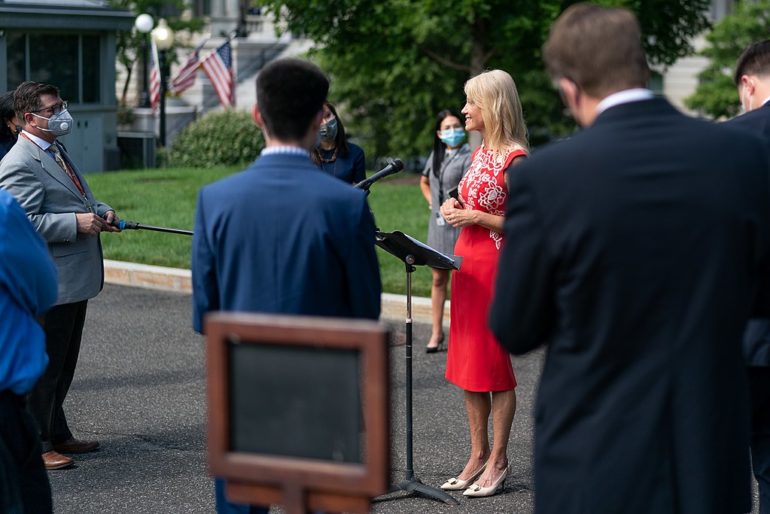 Conway made the comments on the “Free Expression” podcast from The Wall Street Journal, The Hill reports.

Conway did say that Trump is the “overwhelming favorite” if he choses to run based on the “fantastic” job he did as president.

Conway said that voters already know what happened regarding the Jan. 6, 2021, Capitol riot, and despite that, “he’s beating Biden in these polls.”

Trump and Pence have not had a relationship since leaving office reports reveal, but Conway refuted reports that Trump stood by as a mob urged violence against Pence.

[READ NEXT: Red States Bury Biden on the Economy]