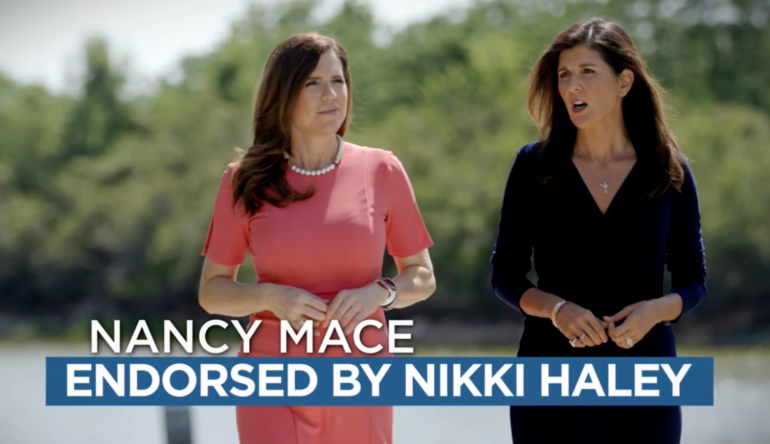 Gaetz, a Trump Republican, is on the attack against Representative Nancy Mace of South Carolina for her views on transgenderism, The Daily Caller reports.

The attack comes in the form of a Tweet from Gaetz, the controversial Republican rep from Florida, who tweeted “Critical Mace Theory.”

The Caller talked to Terry Schilling, the American Principles Project’s President and he stated:

“Over the last year, we’ve seen the transgender rights bill that Mace supports lose over 20% of their co-sponsors, including GOP Conference Chair Elise Stefanik. Men across the country are taking advantage of these gender identity laws and taking away the rights of women in sports and their private spaces,” said Schilling. “For Mace to continue supporting such a terrible bill tells us that she’s either foolish or playing for the wrong team.”

“It’s egregious, and she should stop supporting this terrible legislation,” he added.

Trump’s endorsements have been hit or miss this primary season, with most of them winning. Progressive causes usually never sit well with conservatives, especially in the south, so the outcome of this primary remains to be seen, but will be decided on June 14th.