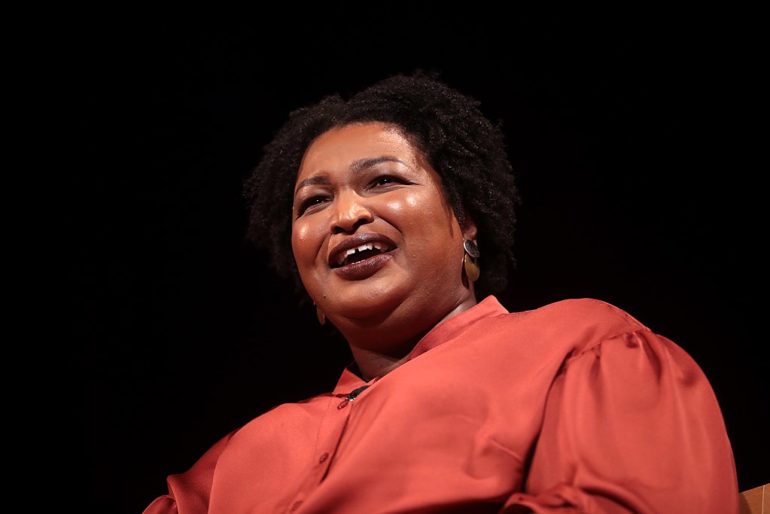 Democrat darling Stacey Abrams is the Democrat gubernatorial candidate in Georgia for the second straight time.

She lost to current Governor Brian Kemp (R) in 2018 and in 2022 it could be worse, The Daily Caller reports.

Abrams still hasn’t conceded the 2018 race, talk about election conspiracy theorists, but the 2022 election could leave no doubt about the winner.

This is bad news for Abrams, and even worse news, Trump supporters don’t appear to be sitting this one out, they likely will vote for Kemp as well.

Abrams is also a major proponent of the false narrative of voter suppression, and argument destroyed by high voter turnout in the primary.

Kemp sailed to victory against former Republican Sen. David Perdue, who had the backing of former President Donald Trump. The governor had led in the polls but overperformed on election night, winning by over 50 points.

“This is going to be a tough situation for Abrams,” he said. “At this point, I would probably say she does worse this year than she did in 2018.”

Lakshya Jain, an election analyst who writes for Split Ticket, told TheDCNF the governor’s policies, such as his suspension of the gas tax, have made Kemp fairly popular in the state. He argued it is “very difficult to ask voters to fire someone that, by and large, they’re overall happy with.”

Jain said he didn’t see “any evidence” Trump supporters were willing to stay home on election day, despite their anger with Kemp over his refusal to overturn the results of the 2020 presidential election.

Abrams is currently polling 5 points behind Kemp and election experts say if Kemp does well with the rural base vote and picks up the Atlanta suburbs, her path to victory is closed off.