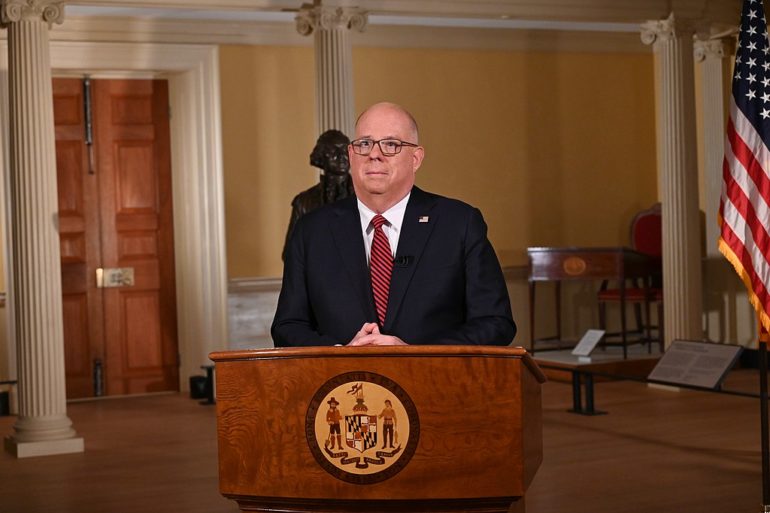 Republican Governor Larry Hogan of Maryland has endorsed a Democrat prosecutor candidate. The endorsement of Democrat Thiru Vignarajah who Hogan says is tough on crime, is a plea to get rid of progressive policies in Baltimore Fox News reports.

Hogan stated, “For far too long, violent criminals have been allowed to terrorize the streets of Baltimore with impunity. Every single day, the people of Baltimore pay a steep price for that failure with lost loved ones, terrified families, and countless lost potential. This crisis rises above partisan politics. It’s not about right or left. It’s about right and wrong. As governor, there is nothing more important to me than the safety of our communities. Thiru Vignarajah will restore trust, hold violent criminals accountable, and make our streets safer.”

The move may seem surprising, but Maryland is a heavy Democrat leaning state and Baltimore is even more so. Hogan, a moderate, is looking to fight back against crime and it appears he sees this as the best way to do so.

Hogan has famously clashed with the leaders of Baltimore over its approach to crime and has decided to take a hard stance against the city’s, and Mosby’s, soft on crime approach.

Mosby has responded, “We, the people that live in the city of Baltimore, are not naïve enough to believe that your attacks come from any form of sincere concern about the problems we face. Rather, your actions are purely political, which is why you continue your incessant dog-whistling attacks about Baltimore crime, which contrasts with your deafening silence on the increased crime in the rest of the state.”

The endorsement comes as speculation continues to rise of Hogan’s candidacy for president in 2024.
[READ NEXT: Biden’s DOJ Caught Spying on Conservatives?]