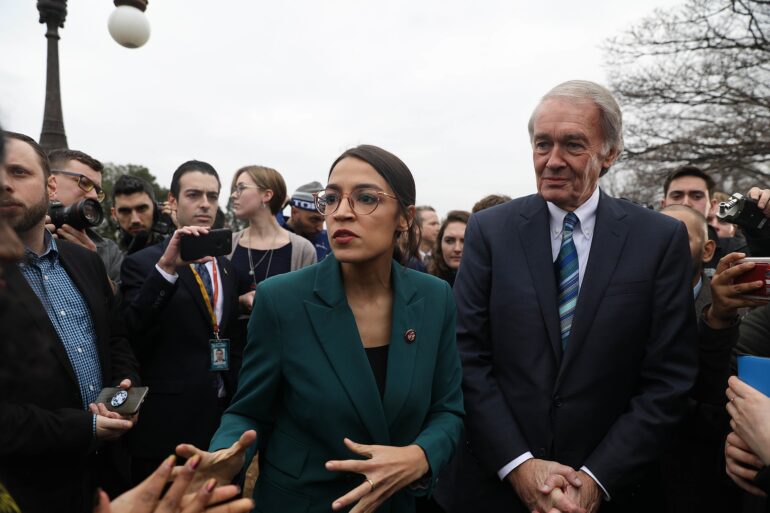 Conservatives on social media reportedly blasted Rep. Alexandria Ocasio-Cortez (D-NY) on Tuesday after she criticized the GOP for voting against raising the minimum wage, something some members of her party have also opposed.

Ocasio-Cortez’s post made reference to recent data showing that, under the Biden administration, the majority of Americans live paycheck to paycheck.

Ocasio-Cortez’s tweet was accompanied by a fact-check from Twitter’s Community Notes, which pointed out that the national minimum wage has not changed in more than ten years and that the last time Congress voted on the issue was in a Democratic-controlled Congress last year, when the measure was actually defeated.

According to the fact-check, the legislation passed the House 231-199, with 192 Republicans, eight Democrats, and one independent voting against it.

The fact-check then said that the bill was defeated 58-42 by the Democratically controlled U.S. Senate, with some Democrats siding with Republicans.

And yet y’all still voted against raising the minimum wage https://t.co/tFkTHf2OAO

Conservatives on Twitter wasted not time in ridiculing the socialist politician, 33, with some even claimed that she should be reimbursed for her Boston University economics degree.

I REFUSE to believe that this woman has a degree in economics. https://t.co/ipY98kJyX3