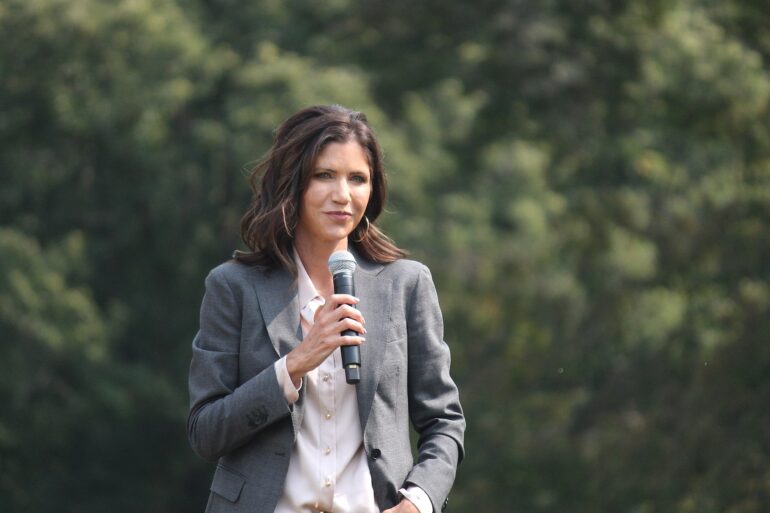 South Dakota Republican Gov. Kristi Noem signed an executive order prohibiting the usage of TikTok on Tuesday, according to a new report.

The injunction forbids any South Dakota state agency or government employee from installing or using the TikTok app on a state-issued device or visiting the TikTok website.

It also extends similar limitations to any contractor and their employees who do business with the state.

The decision cites TikTok’s Chinese parent firm, ByteDance, as the cause for the embargo, citing the National Security Law of the People’s Republic of China, legislation issued in 2015 that requires private corporations to hand over user data to the Chinese government upon request.

It also mentions that TikTok bans have been issued by all branches of the US military and the Transportation Security Administration, and that the Federal Communications Commission has also backed a broad banning on TikTok across the federal government.

In August 2020, then-President Donald Trump signed an executive order prohibiting TikTok from being used in the United States until it was sold to a non-Chinese corporation.

ByteDance, which received many buyout proposals from US corporations, filed various lawsuits against the policy in federal courts, with U.S. District Judge Carl Nichols issuing a preliminary injunction in November 2020.

TikTok is one of the world’s most popular social media apps, with over 94 million active users in the United States. Because it is owned by ByteDance, it is the most popular foreign-owned application among Americans, and it is for this reason why it is considered a major national security threat.