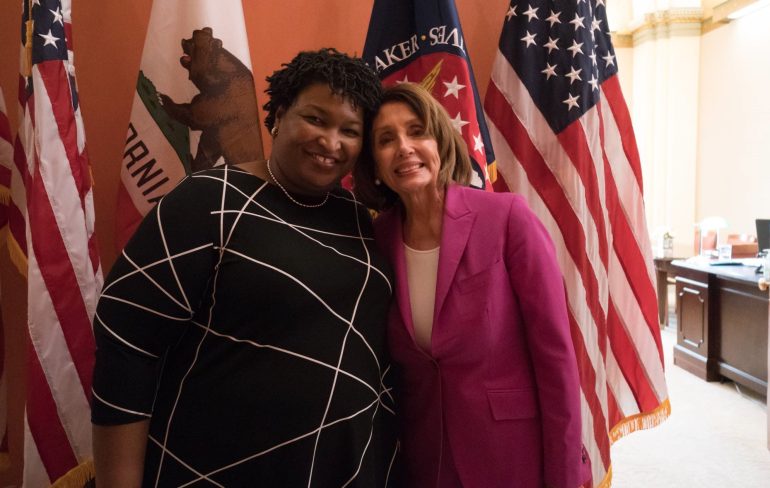 Georgia gubernatorial candidate Stacey Abrams (D) claimed over the weekend that her poll numbers were underperforming  because black males, normally a reliably Democratic constituency,  were unable to see through the alleged misinformation  being used to target them by conservatives.

According to the most current surveys, Abrams is trailing incumbent Georgia Governor Brian Kemp (R) by significant margins ahead of Tuesday’s midterm elections, and Abrams tried to explain why during an interview with MSNBC:

“We know that black voters are often discounted, and unfortunately, this year, black men have been a very targeted population for misinformation. Not misinformation about what they want, but about why they want what they deserve,” Abrams exclaimed during the interview.

Stacey Abrams explaining her poll numbers: "Unfortunately, this year, black men have been a very targeted population for misinformation. Not misinformation about what they want but about why they want what they deserve." pic.twitter.com/HhPxK0vVgj

During the program, Abrams also claimed that believing high voter turnout meant that “voter suppression” wasn’t a problem is a “false narrative.”

Re: the line about concern vs. respect, the Marist poll of the race shows Abrams at 82% of African American voters which would be a considerable decline from 2018 if it ends up mirroring final result: https://t.co/vunH9ihCFK pic.twitter.com/oHhfILd6os

Abrams also claimed she didn’t believe the surveys, which have shown a dip in her popularity among black male voters since her last run for the Georgia governor’s house, showed there was any genuine excitement for Kemp.