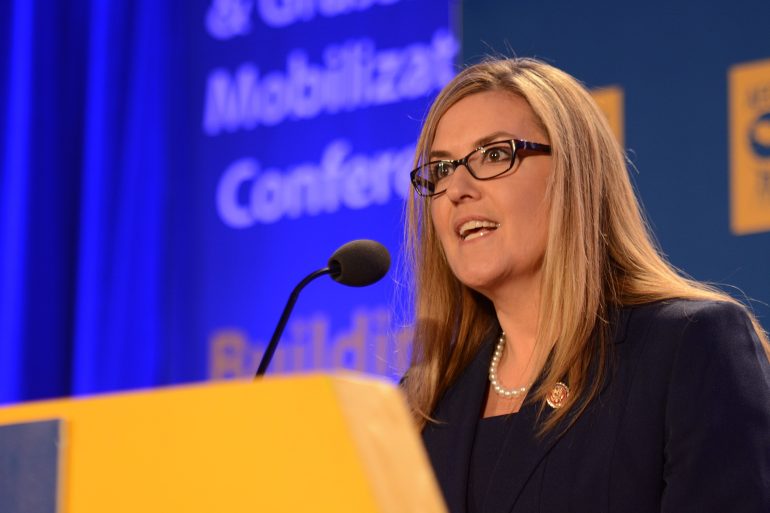 According to a new report by the Washington Free Beacon Rep. Jennifer Wexton (D., Va.), while serving as a prosecutor in Loudoun County in 2001, let two rapists plead to misdemeanors, allowing them to walk free after serving only months in prison.

In addition she also oversaw reduced sentencing of sex offenders in a number of other cases.

One man, an illegal immigrant, kidnapped and forced his female victim into the woods before raping her.

Another man was accused of raping a woman four times in one day.

Under Virginia law, the men faced a minimum of five years in prison for each rape.

These plea agreements were unusually quite lenient, according to attorney Andrew Kersey, a former prosecutor who served in Fairfax County around the same time as Wexton was serving as a prosecutor in the county.

Wexton’s sentencing record will likely  hurt her chances against Republican candidate Hung Cao, as Americans are becoming increasingly dissatisfied with lenient criminal justice policies in the wake of a significant surge in crime since 2020.

Wexton’s record calls into question a major component of her campaign message, which claimed that she was fighting for domestic violence survivors.

In August 2001, Wexton had the charges of the illegal immigrant who abducted a 19-year-old woman and then assaulted her in the woods reduced and he ended up serving only 4 months in prison before being released.

In 2004, Wexton had the sentence of a man who broke into a woman’s house at night and assaulted her reduced from 40 to only 12 years.

In addition Wexton has also since endorsed Loudon County prosecutor Buta Biberaj (D.), who has since come under fire for a a series of bizarre decisions which included accidentally freeing a dangerous murder suspect and hiring an individual on the sex offender registry.