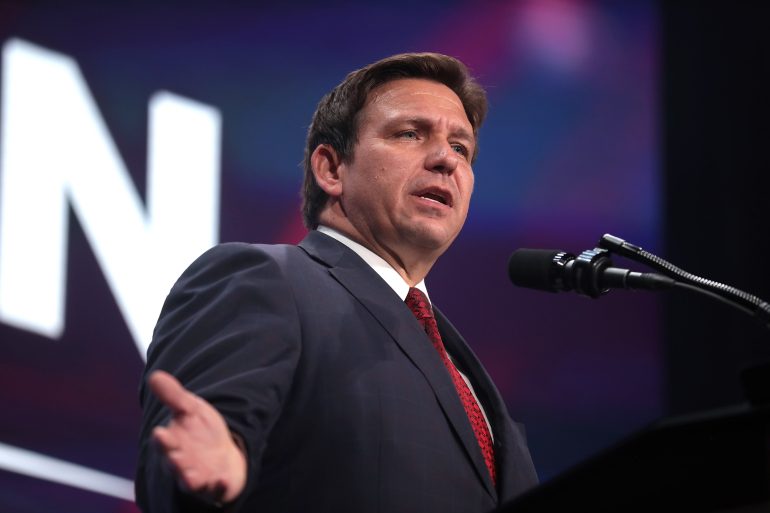 According to a spokesperson for Gov. Ron DeSantis and emails from a contractor, Florida officials want to continue flying migrants to Northern states to protest federal border rules and may resume flights by December.

Florida hasn’t flown any more migrants since it rented two planes to transport 49 individuals from Texas to Martha’s Vineyard in Massachusetts on September 14, sparking outrage, a criminal investigation, and lawsuits.

Mr. DeSantis, a Republican, has stated that the flights are meant to shift the cost of caring for migrants who enter the United States illegally to areas where leaders favor Biden administration immigration policy.

Despite the fact that Florida is not a border state, he has stated that the flights are necessary because migrants regularly travel  there and view Florida as a major destination in the U.S.

According to publicly available correspondence from Vertol Systems Co. Inc., the contractor that arranged the previous flights, further excursions may take place later this year.

Democrats and immigration rights organizations have slammed Florida’s flights as a political gimmick.

Republicans and proponents for stronger border controls say the flights have drawn attention to the hardships that Southern states are experiencing as a result of an inflow of unlawful migrants.

Immigration advocates had previously accused the DeSantis administration of luring immigrants to Martha’s Vineyard via chartered flights from Florida by giving them false information.

Recruiters allegedly persuaded the migrants, largely from Venezuela, that they were on their way to Boston or Washington, D.C., and that they would get employment, housing, educational possibilities, and other assistance once they arrived at their destination, according to attorneys representing them.

However, the DeSantis government has since disputed these allegations, saying that the immigrants went to liberal enclaves like Martha’s vineyard and other blue state playgrounds of their own free will.

According to their attorneys, the majority of the migrants have since settled in places around Massachusetts, with a few returning to the island of Martha’s Vineyard.