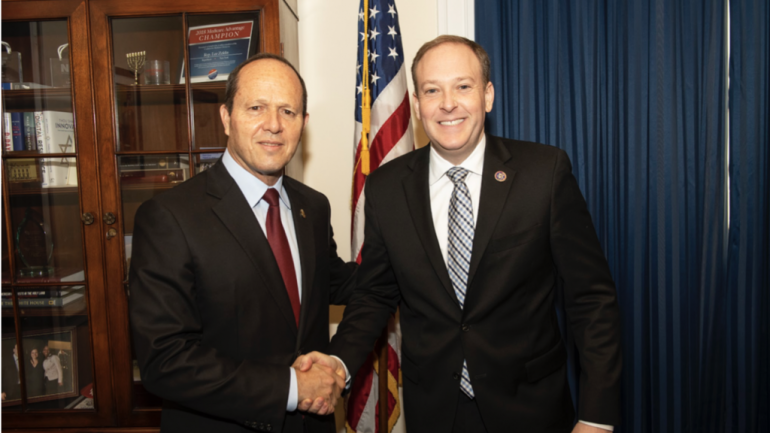 Governors Race in Blue State Moved to Toss Up

ShareTweetShare
Republicans continue their surge into November with some good news out of New York. The deep blue state has now moved to a toss up as Republican Representative Lee Zeldin has made the race neck and neck with liberal Democrat Governor Kathy Hochul. The Daily Wire reports that Real Clear Politics has moved the race to a toss up and a race that could be won by Zeldin the Republican from Long Island. The move to the toss up comes as a surprise after Hochul led Zeldin by as many as 24 points earlier in the race. The Daily Wire’s report continues:

The most recent change comes just a week after the polling data aggregator moved the race from “likely Democratic” to “leans Democratic.” Hochul led Zeldin by as many as 24 points, according to polling from August, and another poll in September showed the governor up by 17, but new data suggest the Republican candidate has remarkably made it a competitive race in deep blue New York. “Our race was just moved to TOSS UP by RealClearNews!” Zeldin celebrated in a tweet on Saturday. “We have just 24 days to go until we FIRE Kathy Hochul & save our state. It’s not too late for Hochul to come out of hiding & do multiple debates with me across New York, starting immediately!” New York makes the second governor’s race in a heavily Democratic state that has moved to “toss-up” in recent weeks. Last month, the Center for Politics at the University of Virginia moved its Crystal Ball rating for the Oregon gubernatorial race from “leans Democratic” to “toss-up.” New York’s move to “toss-up” comes a week after a Trafalgar Group poll indicated that the race is neck-and-neck. One of the biggest reasons Hochul appears to be lagging among her own party and Zeldin is surging is the growing problem of crime in the state. Trafalgar Group chief pollster Robert Cahaly told The Daily Wire last week that crime is overwhelmingly the top issue for New York voters. “It’s the only state we’ve seen crime exceed the economy,” he said.

Zeldin is battling Hochul who continues to evade the US Rep. Zeldin’s campaign has said that Hochul has only agreed to one debate which will take place 2 weeks before election day. [READ NEXT: Democrat Breaks With Party to Endorse Republican for Governor]