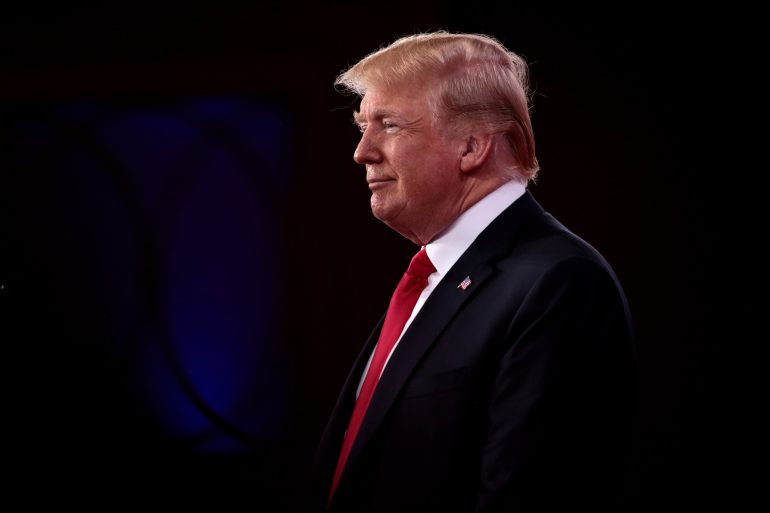 Former President Donald Trump, according to “Morning Joe” contributor Jonathon Lemire, will not come before the Select Committee on January 6 because he is “scared” of Republican Wyoming Rep. Liz Cheney.

Cheney, a member of the committee, voted with chairman Bennie Thompson of Mississippi on Thursday to subpoena Trump, claiming Trump was the person most responsible for the Capitol violence on January 6th 2021.

Text messages reportedly sent by Proud Boys and Oath Keepers members preparing for an attack on the Capitol were emphasized by committee members as key pieces of evidence.

Given all of the reported possible charges that may be filed against Trump, MSNBC host Jonathon Lemire announced he believes he is very unlikely to go before the committee, and for one reason in particular.

“We should note, word from Mar-a-Lago last night, that he might respond to the subpoena. He might be inclined to potentially show up if they could do it live. Let’s be clear, no one thinks he’s going to do that. No one thinks he’s gonna do that. He offered to talk to Robert Mueller initially, that went away. He always does this. He’s not going to appear under oath, it’s just not going to happen.” Lemire said.

According to The New York Times, the former president informed advisers that he will testify before the committee provided it is aired live.

Cheney lost her primary battle against Trump-endorsed opponent Harriet Hageman by substantial percentages in August after turning against Trump.

[READ MORE: Democrat Rep. Caught Berating Her Own Handpicked Debate Moderator For Not Asking A Setup Question On Abortion]