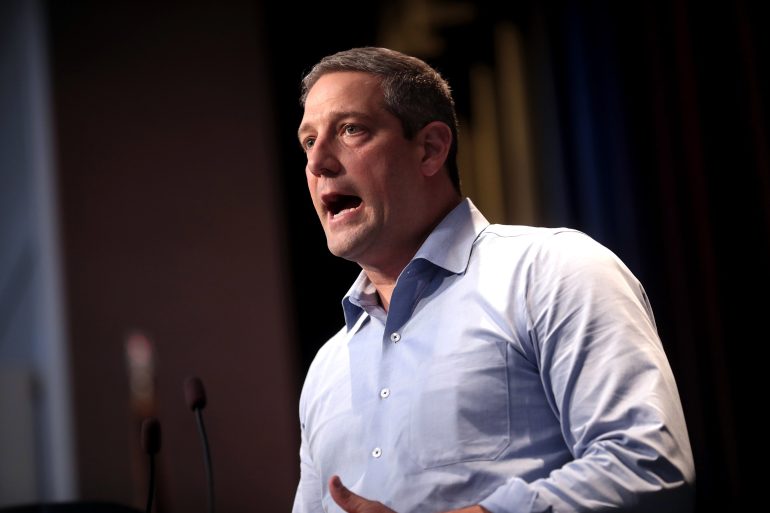 The head of the impartial Ohio Debate Commission, which is in charge of organizing debates between Republican J.D. Vance and Democrat Tim Ryan, has given thousands of dollars to Democratic candidates over the years, including to Ryan himself.

According to the Federal Election Commission database, the commission’s executive director, Jill Miller Zimon, contributed nearly $13,000 to Democrats between 2006 and 2018, including a $250 check to Ryan in 2014. Ohio Democratic Senator Sherrod Brown, Democratic presidential candidates Barack Obama and Hillary Clinton, and the Ohio Democratic Party are among the others who received cash from Zimon. The gifts are part of a larger pattern among partisan Democrats of staffing self-described impartial debate committees with individuals sympathetic to their political agenda.

Brown received the majority of Zimon’s gifts, which totaled $5,760. From 2017 to 2018, Zimon also contributed $3,000 to the Ohio Grassroots Victory Fund, a Democratic Party-affiliated political action organization. Zimon’s most recent gift, in March 2018, was $600 to the Ohio Democratic Party. Zimon’s financial backing also extends to a variety of  Democratic presidential hopefuls. Zimon contributed $1,700 to Hillary Clinton’s presidential campaign and related PACs in 2015 and 2016. Zimon also contributed $260 to then-President Barack Obama’s reelection campaign in 2012.

According to Fox News, Zimon is on the board of Planned Parenthood Advocates of Ohio. For years, Zimon has been a prominent opponent of the position of the pro-life movement and has vocally supported organizations dedicated to promoting abortion.

Prior to the 2014 elections, Zimon hailed polls that showed Democrats ahead of Republicans. In 2015, and in 2016, she attempted to mobilize volunteers to staff a  phone bank for a Democratic candidate.

The Vance and Ryan campaigns have continued to argue over when, where, and whether debates would take place, but no debate has yet been formally planned.

[READ MORE: Andrew Cuomo Lashes Out At Biden For Abandoning Him, Slams Pelosi]