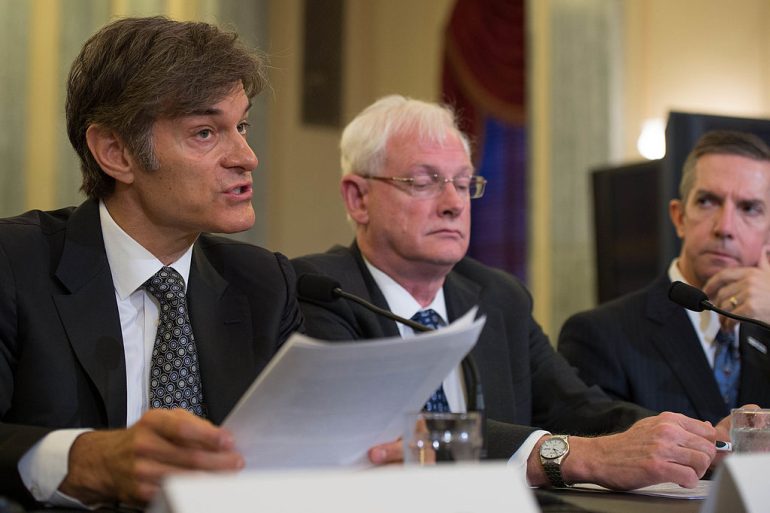 Dr. Oz is living up to his billing as a medical doctor.

The Republican senate candidate in Pennsylvania recently stepping in to aid a passenger experiencing a medical emergency while on a flight, The Daily Wire reports.

Reports say a 27-year-old passenger was experiencing an issue and collapsed on a flight from Louisville to Philadelphia over the weekend, and Dr. Oz along with flight attendants stepped in to help.

“I was sitting in my seat and a woman a few rows ahead of me yelled out that there was a crisis,” Oz recalled, according to Newsmax. “I ran to the bay and a gentleman had collapsed to the ground. He had been trying to get into the bathroom.”

“When I got to him, he was conscious but disoriented,” the 62-year-old said. “I asked the stewardesses to come help and get me something with sugar in it.”

After drinking some soda, the passenger “started to sort of come back to himself,” Oz said. “He had a very thready pulse, so low blood pressure, and when I gave him some of this beverage, he began to feel a little better.”

“People get dehydrated all the time on planes, especially because it’s high altitude and the air is drier,” Oz continued. “Make sure you drink enough water. Caffeine doesn’t work as well as water, because caffeine gets you to pee out whatever fluids you’re taking in. Just take water. … Especially because it’s summertime and it’s hot. I think that was part of what happened to this young man.”

Oz’s race in Pennsylvania is critical to Republicans taking control in the senate. But John Fetterman his Democrat opponent and current Lt. Governor of Pennsylvania leads him 48% to 44% in recent polling and has a 79% chance of winning.