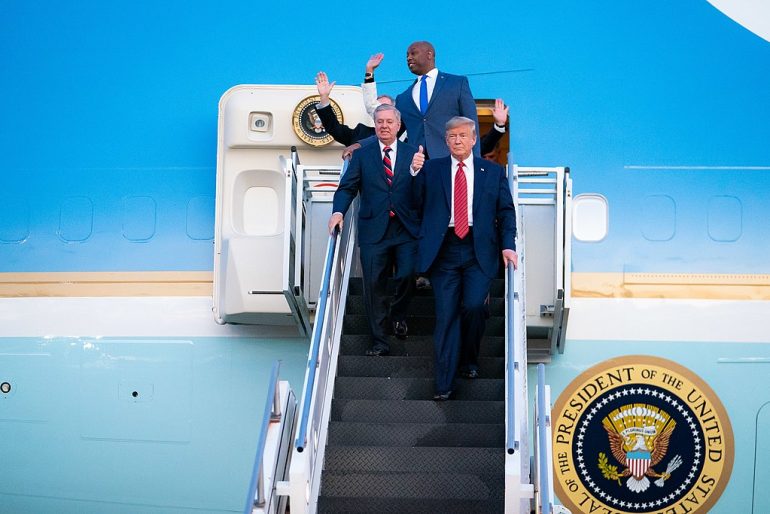 Shapiro is blaming Trump for the loss of momentum Republicans are experiencing as the midterms creep closer, Mediaite reports.

The Republicans are losing steam in the 2022 election. There are some reasons for this, the Democratic upswing in the wake of Dobbs being the most obvious factor. But there’s something else going on here that represents a deeper problem for the Republican Party.

Democrats have banked on this myth since 2012, believing that it excuses their cultural and economic excesses; this is untrue, and has led them into an electoral box canyon as many minorities turn away from their woke progressive overreach.

This means that when Trump is attacked, Republicans immediately return to making him the centerpiece of the conversation – and this harms them electorally, as every poll is now showing.

Americans vote against things, not for them. If Republicans want Americans to vote against Biden, they have to campaign against him, not against the FBI or the deep state or on whether Trump had the right to have boxes of classified documents in his closet.

Democrats: We don't want to talk about Biden, the economy, our perversion of the education system, or Afghanistan. Let's talk about Trump!

But why are Republicans losing momentum? A mystery wrapped in an enigma.

The Republicans still seem to be poised to take back the House of Representatives, but that lead is shrinking according to new polls.

Once though to be in play, the Senate seems to be slipping further and further away.

Recent polls indicate the Democrats have a 60% chance of keeping the Senate.

Poor candidates in Pennsylvania, Georgia, and Arizona have given Democrats new hope, and put Republicans in a position of weakness in Washington again.

A loss of the Senate with Biden in the White House would be embarrassing.